Video at below web site:
http://bernews.com/…21-foot-kite-in-st-davids

The kite maker, Ernest McCallan, said it was a 21-foot kite which was made with 16-foot lengths of 2×4, a 5-foot extended piece for the header and coverded with plastic.

The kite was tied with a 500 foot length of rope which was affixed to a truck as the kite flew overhead. A video of it buzzing around overhead is below.

Economics in Pictures:
“Kingdom of Kite” in E China

A woman is seen in a kite store in Weifang, east China’s Shandong Province, April 18, 2011.

Regarded as the “Kingdom of Kite” in China, Weifang City currently has more than 300 kite factories with annual kite sales revenue hitting over two billion yuan (307 million US dollars). In 2006, Weifang kites were listed as the state-level non-material cultural heritages in China. Photo: Xinhua 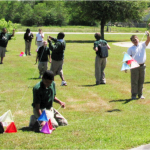 “Learning doesn’t have to be hard or boring. In fact, some teachers have come up with some unusual solutions to keep the interest of their students.”

“Bobbi Evans, sixth grade math teacher at Escambia County Middle School decided to teach her students a little geometry and allow them to have fun at the same time.”
http://www.atmoreadvance.com/..teach-class 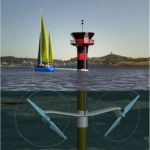 “The idea of using the motion of the ocean to generate electricity is a hot one right now. In the last few months, we’ve seen all sorts of ocean power action from Hawaii to Oregon to Kenya.

The UK is also seeing its fair share of this approach to clean, renewable energy generation. Underwater kites and 135 foot deep ocean buoys are being deployed off the coast of Scotland and other areas surrounding the UK to harness the ocean’s tidal energy.”

“Maui engineer Dan Tracy has figured out a way to create a portable wind energy system using a kite that can be used to power electronics.”

“Pacific Power Sails” is the name of Tracy’s company that makes these personal power sails. “They are highly efficient portable wind power systems, designed for camping, RVs, cabins and homes,” states Tracy. “They are easy to launch and can be used at your home or on the go, as long as you have ample wind and open space.” 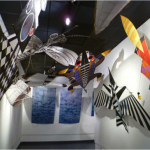 “People rushing to their gates, arriving passengers wandering the concourses and busy halls looking for baggage claim, some waiting for their friends and family to arrive and rocking in the rocking chairs of the airport waiting plaza…. but wait… there’s an art gallery of there with a show of kites!” 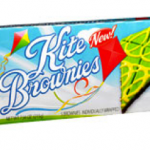 According to the ‘Little Debbie’ website… “Our cheerful kite brownies have flown in to help bring on some Springtime fun. Each kite-shaped brownie is made from our traditional fudge and topped with bright green frosting and a yellow stripe.
Individually wrapped five to a carton.” 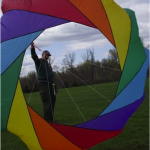 “The wind billowed and the kites danced at the fifth annual Kites for Kidneys fundraiser.”

“The Dixie Escalante Electric Kite Festival, held on April 15, was a blow out success – kites flew, people of all ages attended and the weather shined.

Most importantly, the Kite Festival succeeded in its purpose – to raise funds and support literacy opportunities and achievement for children in Washington County. Kite Festival Director Joe McKeehan says that the committee gave its commitment yesterday, April 28, to donate $30,000 to the Washington County School District Foundation.”
http://www.stgnews.com/…30000-from-kite-festival

“PORTSMOUTH, R.I. (May 5, 2011) – US SAILING will award three Hanson Rescue Medals to kite surfers Jeff Spiller (Sausalito, Calif.), Paolo Frediani (San Francisco, Calif.) and Jeff Harrison (San Francisco, Calif.) for a rescue made off the coast of San Francisco’s Ocean Beach on April 9, 2011.”
US SAILING Safety at Sea Committee member John Rousmaniere commented on this rescue: “Some people may not consider kite surfing to be a form of boating. However, these three sailors were dedicated to the centuries-old tradition that mariners care for other mariners by going to their rescue if need be, even if it may put the rescuers’ lives at risk. This links all US SAILING Hanson Rescue Medal winners into an exclusive community.”

“The conditions that Saturday were extremely rough with wind speeds exceeding 25 knots and gusts up to 45 knots. Ten-foot waves were estimated on Ocean Beach. As the three kite surfers approached the surf line they noticed debris in the water…”

“The “kites” of the Syrian desert are built of 2 low stone walls with lengths that can stretch for hundreds of metres and with enclosure in the apex that look like a closed yard. Research in the field proved them to be hunting installations for game such as gazelle, orax and wild ass.”

“The Royal Gazette visited Victor Scott Primary School where Westgate Correctional Facility inmates demonstrated kite-making to students this week…The students also received kite-making handbooks that included step-by-step instructions on how to make a kite and also safety tips such as “don’t fly your kite near power lines”, and “wear sunshades when flying your kite to protect your eyes”. Furbert went through the basic designs of a Bermuda kite. 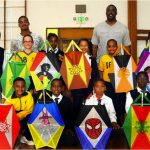 He said the typical one is done in an ‘H’ formation…Eager students were bought up to the front to help demonstrate different skills such as patching and stringing.

One skill they were very eager to learn was how to make the hummer part of the kite.
The hummer, which makes a humming sound when it is flying, is made by folding and cutting a piece of paper in a certain way. Apparently, if you want a higher pitched sound, you make the piece of paper for the hummer thinner. This was the one step in kite-making that the students could later recite back, word for word.

Kites made by Westgate inmates are now on sale at Trimingham Hill. The money goes to various charities”

Photo by Tamell Simons Victor Scott Primary School students with their kite prizes. LeShaun Scott and Teiko Furbert in the back with Chevonne Furbert, deputy head principal at the school.

“I have been surprised and shocked by many ‘experts’ regarding kite-boarding being in the Olympics.

In a recent article, the ‘ex – pope’ of yachting encouraging the decision makers to ‘have courage and have a leap of faith and replace windsurfing with kite surfing’ tops the lot.

They may have been seduced by the high numbers of recreational kite boarders around or kite boarders’ impressive speeds and jumps.

In my opinion anyone supporting kite surfing in the Olympic Games is ignoring a number of serious issues relating to the sport.” 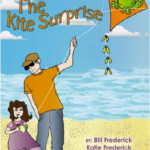 “Bill and Katie Frederick’s “The Kite Surprise” (ISBN 1453656588) is an engaging picture book for the preschool and beginning reader that teaches the importance of families spending time together, sibling relationships and the power of holding on and letting go.” 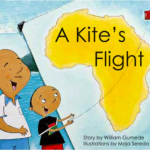 “The international chapter of the Society of Children’s Book Writers and Illustrators (SCBWI) has awarded its inaugural Crystal Kite gong for the Africa region to Maya Sereda for A Kite’s Flight, published by Jacana, which she illustrated to bring to life William Gumede’s story of how Andile and his father make a beautiful kite, which then takes readers “on an epic journey across Africa”.
The Crystal Kite awards are “chosen by other children’s book writers and illustrators, making them the only peer-given awards in publishing for young readers”, according to SCBWI. 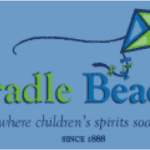 “Cradle Beach Camp serves the needs of disabled and disadvantaged children from Western New York. They provide a healthy environment and organized activities to promote socialization, self-worth, and decision making, in an atmosphere of love and acceptance.” 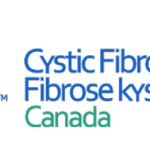 “The new symbol, which portrays an adult and child flying a kite, breathing and the kite communicates the movement of air.”

“There are still tools at the ready for whenever he wants to make one of his unique creations. He estimates to have built over 10,000.

Several of his remaining kites are decorated with logos of Union Camp and Woodmen of the World, and drawings of birds and even Mickey Mouse.

But building and flying the kites is not a hobby he took up in recent years. This passion goes back a little more than 35 years ago when his eldest son, Gerald, was in the Cub Scouts.

Perhaps that’s why he’s made it to 86 years old; the activity of making and flying kites is both sustaining and personally fulfilling.

“I’ve enjoyed it. I sure have,” said Bradshaw.” 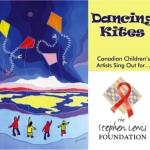 It was the happy launch of the CD “Dancing Kites,” which features performances by 17 Canadian artists. The Ottawa group, Grammas for Ambuyas, compiled the CD to raise funds for the Stephen Lewis Foundation. Copies can be ordered from www.indiepool.com/GTA111. Ted Harrison provided artwork for the CD’s cover. 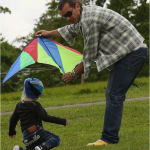 Gwen Stefani and family take to the skies in Primrose Hill to fly a kite.

“Utilizing a lightweight electric vehicle they call the Wind Explorer, which is powered by a small wind turbine, and – believe it or not – a kite, Dirk Gion and Stefan Simmerer have just completed a two-and-a-half week journey from one side of Australia to the other, reaching speeds of around 50 mph, and traveling as far as 300 miles in a day.” 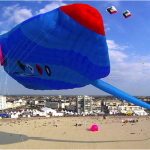 “Peter Lynn has just unveiled the world’s largest kite, at Berck-sur-Mer, in France.