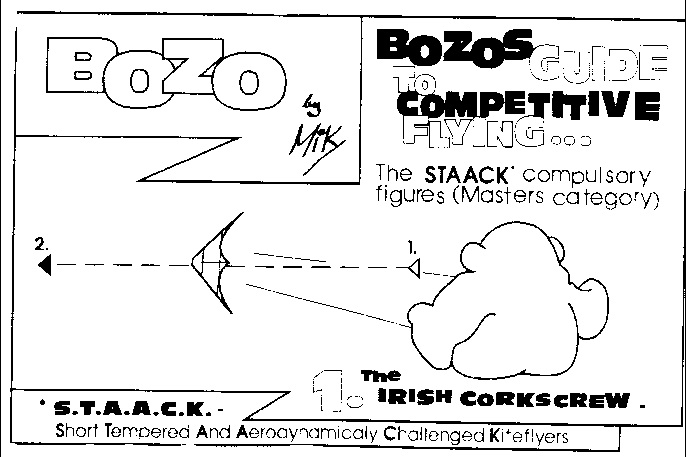 We are pleased to publish humor columns from Joe Lavin. Joe is a syndicated writer whose columns are featured in the Boston Globe and many other publications.

These columns have NOTHING to do with kiting, but have a lot to do with life. If you enjoy them, you can read more of Joe’s work at:

You Will Buy Our Stuff

Lately, I have been thinking a lot about the future of advertising, mainly because the present of advertising is so dull and ineffective. For an industry that is trying to sell me everything, they’re not doing a very good job at all. I don’t even remember the last time I bought something because of a commercial. I can’t help thinking that the advertising industry is in for some major changes, so with that in mind here are some predictions of what we may see.

For years, companies have been hiring well-liked personalities to hawk their products, but these days so many famous people are selling so many products that nobody even remembers who is selling what. How can advertisers solve this problem? Simple. Hire controversial people like Kenneth Starr or Newt Gingrich, and then have them speak out against a product. Hey, it worked for Clinton. It can work in advertising too.   “Hi, I’m Ken Starr, and I think Ivory Soap sucks. So far I’ve spent $16 billion of your tax money to prove that despite its slogan Ivory Soap isn’t really at all 99 and 44/100 percent pure. I haven’t proved anything yet, but I’m still trying. Won’t you join me in boycotting Ivory?”

New York (AP) — Sales of Procter & Gamble’s Ivory soap surged to record levels yesterday. Despite allegations of impurity by Whitewater prosecutor Kenneth Starr, Ivory Soap’s approval ratings increased dramatically. 86% of those surveyed said they now had a favorable opinion of the soap, and a full 98% said that Ivory was doing a good job, though only 16% believed Ivory was really 99 and 44/100% pure. In response to Starr’s remarks, customers flocked to stores, and many supermarkets were sold out of Ivory by the middle of the day. Meanwhile, Procter & Gamble’s stock closed up 16 3/8 points to hit a record high.

The Increasing Dominance of the Infomercial

Meanwhile, television series as we know them will soon vanish. No more one hour programs with two minute commercial breaks. Instead, we’ll have one hour commercials with two minute programming breaks. Some claim we already have this system (Witness MTV), but the trend will become even more pervasive in the next few years. And why not? After all, the average human attention span is not long enough for — well, actually, the average human attention span is not really long enough for this sentence, so it’s definitely not long enough for an entire hour of programming.

You heard it here first. Tattoos are about to become the biggest growth industry in all of advertising. For years, companies have been throwing their names on T-shirts, jackets, and baseball caps, convincing consumers to turn themselves into walking billboards. Tattoos are simply the next logical step.  Sometime probably in late 1999, instead of a sneaker contract, the latest 18 year old NBA phenom will get a tattoo of a sneaker logo. And suddenly logos will become all the rage. Every NBA star will sign a multi-million dollar contract to tattoo themselves with all sorts of company logos. And once the athletes get their tattoos, all the fansmwill rush out to get the same tattoo that their favorite player has. People will be lining up in malls paying all sorts of money to tattoo a Pepsi logo on their shoulder just like the one Shaq will eventually have.

And of course Hollywood will catch onto the trend too.

Los Angeles (AP) — The battle over Pamela Anderson Lee’s breasts continued this week. Earlier, it was reported that Ms. Lee had sold the rights to her left breast to Nike for a record $45.7 million. At a press conference, Nike even announced plans to place a tattoo of their famous swoosh logo an inch above Ms. Lee’s left nipple.  However, Nike later backed out of the deal when it was announced that Ms. Lee was in negotiations with Miller Beer to sell off her right breast. “We thought we had an exclusive.” An anonymous source at Nike said. “Advertising on the right breast will merely clutter the marketplace. We just couldn’t justify the high price tag.”  This was to be the first time an advertiser had bought the rights to an entire breast, and many believe that Nike and Ms. Lee will still reach a deal. “Oh, sure, they’ll get it done,” one media analyst said.

“Nike will probably just have to buy upper torso rights. It’s really in their best interest. We’re talking about Pamela’s cleavage. You just can’t get exposure like that anywhere else.”

Yes, fascism will be back, and not a moment too soon in the opinion of many advertising executives. Think about it. In the last few years, television audiences have become increasingly marginalized. With a hundred cable channels all sending out niche programming, the major networks are losing viewers by the day. Top rated shows now pull in only abut half the audience as the hits of twenty years ago. If the industry continues at this rate, soon no two people will ever watch the same program, and tragically there will be no way to reach a mass audience. What’s the answer? Well, fascism, of course. “What we need is complete uniformity of thought. All this diversity and individualism has to go.” One Los Angeles media planner said. “As a society, we simply can’t afford to have everyone watching different programs. Without complete uniformity of thought, we’ll never have a viable platform from which to sell stuff.”

Yep, it’ll be a whole new advertising world, and aren’t you glad you’ll be alive to see it?

Joe Lavin’s Humor Column is published every Tuesday at: