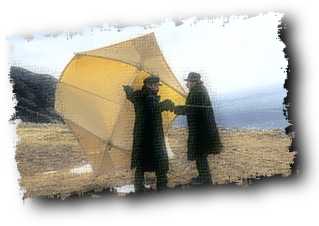 and the Kite that Launched
the Wireless Communications Era

The Italian inventor Guglielmo Marconi designed and constructed the first wireless telegraph system. This ultimately let to the development of modern wireless telecommunication systems and to radio broadcasting in the 1920’s.

Marconi literally “launched” transoceanic wireless broadcasting with the assistance of a kite. Marconi used the kite to support an antenna on the North American (receiving) side of the transmission which originated from a tall tower or mast in Europe. 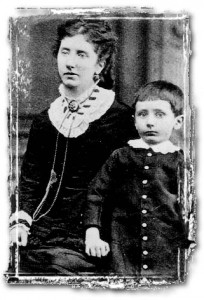 Marconi was born in 1874, the son of a wealthy Italian businessman, Giuseppe Marconi and his second wife, a younger Irish woman. He received home schooling until the age of twelve. Marconi’s mother, Anna Jameson, taught him to read widely and to experiment with ideas and equipment available to him in their villa. In addition, they travelled widely through Europe and to the British Isles where Anna had relatives.

Around the age of eleven, Marconi became fascinated by the work of Benjamin Franklin as it related to the proof of electrical energy in the form of lightning. Michael Faraday, the English scientist who worked on discovering relationships between electricity and magnetism, served as another source of inspiration to him.

All of this led young Marconi to wire the zinc roof of the family villa to a bell inside the house. The external wires and the coil he created inside the home safely captured static electricity from nearby thunderstorms to activate the bell.

Young Marconi was enrolled in a formal school at the age of twelve. His education was focused on technical matters and he was keenly interested in the relatively new invention of the telegraph. Learning Morse code and the concepts of the system of pulses of electricity through wire that transmitted the signals became a cornerstone of his life’s work. As with many highly creative people, traditional schooling did not permit him to pursue areas of great intellectual passion in much detail. So, encouraged by his mother, Marconi carried out extensive experiments in his area of interest in an attic lab.

A neighbor, who was a physics professor at the University of Bologna, provided young Marconi with access to the university library and spare equipment to pursue his explorations with electricity. He pursued his experimentation throughout his teenage years and developed thorough knowledge in the emerging field of electronics. 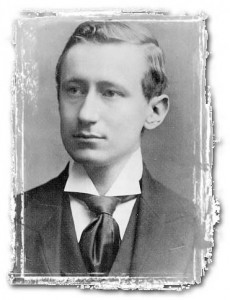 At the age of twenty, Marconi learned about the work of German physicist Heinrich Hertz. Hertz had documented the existence of electromagnetic waves which would travel at the velocity of light through a vacuum and could pass through solids, liquids and gases.

Marconi worked with these concepts and soon developed a system of transmitting electromagnetic waves over short distances to ring electric bells. Hertz’s principles of wave transmission allowed the signals to carry across distances without the need for wires or any of the dangers inherent in static electricity transmission.

By the age of twenty-one Marconi had developed equipment which was reliable and useful at spanning points where telegraph wires were not strung. At this point, Marconi ceased his formal schooling and concentrated on his passion for wireless communication. 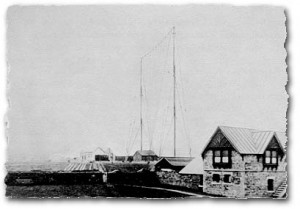 After an unsuccessful attempt to offer the invention to the Italian government, his mother arranged a visit to relatives in England. Marconi successfully demonstrated to the British Post Office that the system was viable. The British government provided him with funds to build a transmitter and receiver which sent a wireless signal across the Bristol Channel. The news was heralded as a major communications breakthrough and was carried in all English newspapers.

To protect his invention, he established the Marconi Company on July 20, 1897. Following his wide attention in the European press the Italian government invited him to return and carry out further demonstrations. Here, working with the Italian Navy, Marconi demonstrate the utility of ship to shore communications.

In 1899 Marconi sent wireless transmissions from England to France across the English Channel. From transmitter to receiver, the distance covered was 130 km. As the distances increased, Marconi dreamed of spanning the Atlantic with successful transmissions. However, since interest was so high in his work and patents had not been fully awarded, Marconi proceeded with this project with some degree of close control over the information given out to the press.

The original project called for a transmission tower 65.5 m (212 ft.) high to be built in Cornwall, England and another in Cape Cod, Massachusetts. Strong winds toppled both aerials and plans were revised to make the transmission from England to a closer spot in North America. 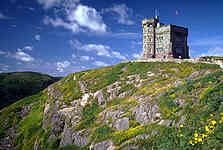 A lofty hill near St. John’s, Newfoundland, was selected for the location in the western hemisphere. The location, known from the late 1700’s to sailors as ‘Signal Hill’, is one of the closest spots on the North American continent to Europe.

Great expense had been encountered in the original construction of the towers and in rebuilding the Cornwall transmitter. Since German scientists were rumored to be preparing to carry out a similar experiment between Europe and North America, Marconi decided not to spend further time and resources constructing a tower on the western shore of the Atlantic. Instead, he opted for the use of balloons or kites to lift and trail and aerial wire to receive the transmission.

On December 9, 1901 Marconi’s assistants lofted a fourteen foot diameter hydrogen balloon into the sky. Filled with 1,000 cubic feet of the gas, the balloon was capable of lifting an aerial of sufficient length (total weight 10 lbs.) to receive the transmission. The balloon was tethered with heavy mooring rope. However, heavy weather forced a cancellation of the attempt. The rope snapped as the balloon was being pulled in and the entire rig went out into the North Atlantic. Marconi then determined that kites should be used for the next test.

The Marconi Kite and the Trans-Atlantic Message 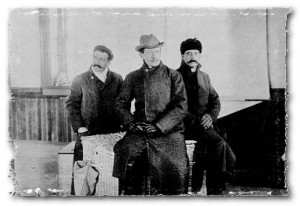 On Dec. 12, 1901 Marconi’s team launched a kite with an aerial in hopes of gaining enough altitude to receive the transmission. It met the same fate as the balloon.

A second kite was sent up and, according to records kept, achieved an altitude of 122 meters (400 feet) which was determined to be more than sufficient to receive the signal.
Exact details on the kite, its construction and design characteristics are not well documented in any of the works on Marconi. Indeed all of the attention is, as it should be, focused on the telecommunications and scientific matters involved. 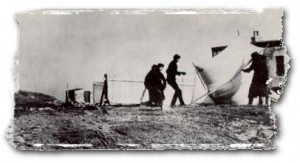 However, from the limited source of available pictures and published writings, this much is known about the kite that ushered in the wireless communications era:
– the frame was made of wood (most likely sturdy bamboo cane);
– the sail was cut from new white canvas sail fabric available in the ship chandlers’ supply stores in St. John’s;
– the ‘line’ was made of tight hemp mooring cord (probably 3/8 in. diameter);
– the kite itself was a hexagonal Levitor kite (made popular in Europe by England’s Lord Baden-Powell) which was known to have tremendous lifting capability. Since many of Marconi’s staff were English, it is likely that they were aware of the payload lifting capabilities of Baden-Powell’s design and thus selected the kite because of their familiarity with it;
– the trailing aerial was approximately 600 ft long and was attached to a tall pole. From there the wires were attached to Marconi’s receiving apparatus set up in the radio shack which had been constructed on Signal Hill. 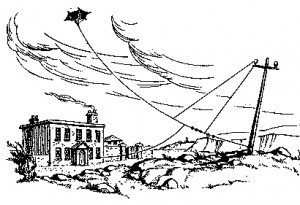 A fierce gale was blowing. The strong and variable winds made the kite waver dramatically in the heavily overcast sky and a ground crew constantly tended the tethered kite.

The transmission experiment instructions had been coordinated across the Atlantic by submarine cable. It was agreed that the Morse letter S (three dots) were to be transmitted at a fixed speed every ten minutes between 3 p.m. and 7 p.m. GMT. Shortly after mid-day Newfoundland time the receiver began to click out three sharp clicks corresponding to the designated Morse code signal.

As the kite yawed and varied in its altitude, signals would stop and then start again. After several repeated transmissions were documented, the kite and aerial were reeled in.

History had been achieved. Wireless messages had crossed 3472 kilometres (2170 miles) of Atlantic waters. A new communications era had been entered. A kite had played another significant role in the advancement of science!

April 15, 1912 – Titanic
The signal sent to the Carpathia, the ship which rescued most of Titanic’s survivors, was sent on a Marconi wireless system before the huge luxury liner sank. The signals were received in Cape Race, Nfld. Carpathia later sent a wireless message to advise the Cunard Lines office in New York of details on the rescue. Marconi personally met the Carpathia when it docked. His wireless system was saluted by many survivors and the press as one of the reasons that some lives were spared.

1922 – The Marconi Company joined with three other companies to form the British Broadcasting Network.

Present Day – The Marconi Company is still a major firm in state of the art telecommunications and research. In addition, several subsidiaries have formed large independent corporations which participate in many sectors of the global economy.

Plans for a Levitor Kite

Appreciation is extended to the CRB Foundation-Heritage Project for permission to use the opening photograph of a re-enactment of the launch of Marconi’s kite and wireless aerial. The original may be seen at http://www.nmarcom.com/heritage/minutes/min28.htm