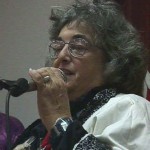 This year has been a trail of festivals for me. Unfortunately I am neither a celebrity flier nor a particularly outstanding kitemaker, so I don’t get invited as a guest, with expenses paid. I am on a limited income, but if I am very careful and watch my pennies I can do some traveling. Finances dictate a big trip once every few years and as much as I would love to have gone to Bristol and Dieppe this year, my biggie was Australia, where by virtue of the fact I actually was AT two international festivals, I could say I ‘represented’ Canada! I returned to North America in spring, and continued to camp and kite around the north west and anywhere that could be reached by car or cheap air travel. I have met many new and interesting kitefliers this year and have noticed changes on and off the kite fields.

I’d like to reflect on these, and would welcome feedback from readers. I have been flying and making kites seriously for about 10 years and this year’s WSIKF made me very aware of how what was once a fairly homogeneous society of kitefliers has begun to separate out into different specialties.

While these changes may be inevitable, I am sad to see this happening and I wonder how it will affect future festivals.

At one time at Long Beach, attendance at the various socials – WKA’s Wednesday pizza (now spaghetti) dinner or the AOK’s pot luck – would bring the sport kiters, single liners, fighters, etc., all together for the evening. As kiteflying has grown as a sport, sub-groups are developing with their own interests. It seems that the new goups use this time to have their own socials – and mostly single liners at both events .

I miss seeing many of my old friends and regret not being able to make a few new ones – because I am mainly a single line flier, and now that seems to influence who I see the most!

This year I have been to identify the following significant ‘sub-groups’’ in our kite world: single liners, sport kiters, traction (buggy) fliers, fighter kiters, and the motley, mostly sports kite oriented crew on irc#kites (internet chat line). Within the sport kites group, there seems to be a further breakdown into dual and multiple lines and trick flying. While this indicates how the sport has grown, it makes me unhappy to see friends ‘disappear’ onto different fields and social activities around festival time, because it means I have little chance to see and be with them.

Yes, I know many of us cross the lines and fly in different fields, but we seem to have dominant interests that end up dictating where we hang out.

Much to most people’s surprise, I DO own sport kites and enjoy flying them on occasion. And when no one is around, I love playing with my fighters…

I do this for good reason, as they often violently crash. I break a lot of spines!!!!! But bottom line is that I make and fly mostly single line kites, make banners and line laundry, and that now seems to dictate who I see at festivals. I am too uncoordinated for multiple lines, too fat and old to buggy. I still don’t know what a double axel is, and ‘tricks’ language confounds me. To tell the truth guys, even though I know better, sometimes the tricks DO look like you are just having trouble keeping the damn thing aloft!! J

Aside from the social issues, I find it disturbing that these divisions also seem to be creating additional tensions on the flying fields. At one time the fight for space on any given field seemed to be limited to the eternal battle between the single liners and the sport kites aficionados.

In retrospect, this struggle is insignificant as we now have many more fliers on seemingly smaller kite fields with different and distinct space needs, all equally important, all struggling to coexist. As the single line kitemakers make their kites bigger and bigger, as the popularity of fighter kites grows, and as buggying becomes more and more popular, we either struggle for space, or each seek out our own separate fields to play in. While separate fields seems to be a solution, it makes me less than happy to see our sport beginning to fragment into specialties.

WSIKF this year seemed, to me, to be a very different experience from previous years as it seemed to reflect these growing polarities. There was no question that numbers were down. It was most obvious in the ‘on the beach’ reserved parking area. In previous years, passholders often would have to be down at 5 or 6 a.m. in order to get a space. This year, there was more than enough parking by the 9 a.m. deadline all week. Fewer fliers meant a decreased number of ground displays and noticeably less single line kites in the sky. Surprisingly, despite the fewer fliers I found there was even less room to display or fly than previously. Over the years, changes to the distribution of beach space flanking the reserved parking has resulted in less and less room for ground display and single lines. Preferred parking traditionally had been for people with large large amounts of kites and gear so that they did not have to slog across miles of sand in order to set up. This year with the enlargement of both the fighter and the international fields on the north side, and with the addition of large ground displays by commercial kite manufacturers and the movement of the registration tents closer to the parked cars on the south side, sky and ground space was drastically diminished.

Many regular attendees commented on the unusually large and empty spaces in the sky. Many of the single liners are, like me, more ‘mature’ and what was formerly an advantageous flying position close to our vehicles and equipment was no longer a good place to be. While I had a very fine time this year, I definitely flew and displayed less than ever – not because I didn’t want to, but because it was just too hard on my body to slog across vast expanses of sand lugging a lot of gear. Or, it was too dangerous to launch large kites with long tails over the tents and crowded area in front of the demo fields. Another alternative left one vulnerable to crashes in the grassy dunes or on to the boardwalk. In previous years, it had been possible to set up ground displays on the north side of the parking road and launch a number of kites without having to travel across miles of sand.

This year, the north side was dominated by the international field and the fighter kiters.

Many reasons were put forward for the decline in attendance by kitefliers, prominent being the combined factors of the west coast AKA this year and the close proximity of the Bristol/Dieppe week. While I believe this accounted for some of the decline in numbers, it seemed to me there were other contributing factors – one being a shift and change in direction in kite interests that will probably dictate future trends in festival planning. With less room to fly at Long Beach, single liners are preferring to go to smaller festivals which give them better access to ground and sky.

Another element could be identified as the aging and greying of many of the key movers and shakers on the west coast scene.

It seems to me that single line displays could be identified as being at the forefront of festival exhibitionism in the past. They provide the most consistent and ‘obvious’ show for the general public. In the past, it appeared that most of the festival organizers came from that venue and in the 8 years that I have been involved with west coast flying, I have seen a dedicated core group of volunteers expend huge amounts of time and energy to produce wonderful festivals. I have seen them overworked and often underappreciated, tied to desks and tasks as others just came to fly. My observation is that many of them are just plain burnt out and now just want to come to festivals to fly. But where are the volunteers to take their places?? It seems to me that most of the younger fliers are into sportkites or buggying and do not appear that interested in the physical organization that is necessary to put on a major festival.

As these our volunteers move to well deserved retirement, and as we see sometimes competing strongly organized interest groups developing within our kiteworld, I am left to wonder what the skies of future festivals will look like. I will admit that I am prejudiced, but I feel that while festivals should include all aspects of kiteflying, it is important to acknowledge that spectators are usually initially drawn to the kite field by the single line kites floating overhead. They take no understanding of rules, no need for musical accompaniment and just plain look pretty. Once we suck them in, there is plenty of time for them to find the kind of kite that best suits them!

I have no solutions or ready answers so I put these musings forth hoping to encourage some dialogue and responses that might contribute to better festivals and spaces to fly in.