Well, here we are back again – talkin’ about kites and other stuff that puts grins on our faces… Since this IS Kitelife e-mag though, I guess we’d better just stick to our “kiting” focus.

Last time we heard from our pal Rum, down in Texas , he’d sent a copy of an email he’d written to his grandkids, telling about how a favorite kite called Max talked with the wind. (See “Rum and Max” back in Issue # 31). Well, Rum has sent us another grandkid-gram, and we’re happy to publish more of this great stuff.

This time Rum describes a little about Max’s recent “travels” – presumably in those nice triangular USPS boxes we’ve all come to know and love. Then Max meets an “Old Kite” and gets to discussing a kite’s age and the relationships between kites and their owners. Since this is written from a kite’s (and Rum’s) viewpoint, it’s another rather unique view of our world.

Okay, perhaps it’s time to introduce you to our cast of characters here – just so you’re “in the know.” Rum’s a retired military and commercial airline pilot, living in the Texas Hill Country,” where he claims the kite-flying weather is always perfect – if you believe the claims. “Max” is a small medium-blue Hata that Rum usually flies with a yellow streamer tail. The “Old Kite” turns out to be a rather unique old Jibbed Marconi that recently joined Max in Rum’s kite-bags. And “Mariah,” of course, is the wind!

Anyway – Enjoy. And I’d be interested in your comments, of course.

—–Original Message—–
From: Rum <deleted >
To: Sophie & Victoria <deleted>
Subject: According to Max!

Well, I had told you that Max ran away from home, but has already come back. Well, he’s starting to tell me things about his trip. 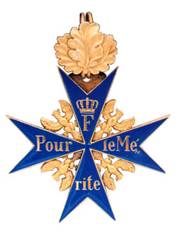 First he showed me his Tattoo again – the same one I sent you.

It’s on the bottom left of his sail.

Next, he’ll have a bandana for a tail and want you to pull him around on your bicycles/motorcycles. What a Dude!

That Lady kite he invited to live with him is here too. I don’t know her first name yet, but her last name is Tram UL. She is a very pretty young Lady-Kite. Everything is on the up and up, too.

Well back to what he told me.

I was just not saying much, and Max started to tell me a story.

Seems that in his travels he flew up next to a very old kite. Mariah introduced them to each other, and the Old Kite and Max got to talking to each other.

The kite was so old that his colors were all faded, and his sail was wrinkled.

Max asked him how old he was?

Max asked him what that was in Human Being years.

The old kite just laughed, and said, “You’ll find out… if you’re lucky!”

Max asked the Old Kite what “people” where…

Old Kite told Max that Human Beings were all born Human Beings and all died Human Beings. However, in the middle, human beings that had changed into “just people,” tried to turn all Human Beings into “people” just like them.

The old kite could see that what he had told him worried Max, so he also told him not to worry.

Old Kite told him if he ever died, that all a Human Being had to do is fly him for seven days in a row, and he would come back to life.

Max asked, “But, why would Human Beings do that for us?”

Old Kite told him, “It’s because we Kites can turn “people” back into Human Beings, just like they can keep us alive!”

Max told Old Kite he had a good Human Being, who even had grand kids that would always fly him, so he would live to be 86 kite-years too.

Old Kite then told him about an Old Kite rest home called a Museum up in the upper left corner of this world.

That’s how Max wound up in Washington State – he just wanted to see the Kite Museum .

Max also made me promise to send the rest home a check to reserve him a place for when he got old. I did, and I put it in your names because you or your kids will be flying him when he wants to retire, I think.

Love from the wind-swept hills of Texas,