Part 1: Spongebob made me do it.

It was with the sense of dread common to my Sunday mornings that I entered the Wal-Mart super-center parking lot and began to negotiate the thirty-seven lanes of parking in the search for the perfect spot. My three-year-old son, coming down from the maple syrup high of breakfast was already grumpy. After whining over how quickly I removed him from the car seat, whining so I’d carry him the 30 feet to the store, and whining over whether he would have to sit in the shopping cart seat, we entered the store. It was an inauspicious start to a day that would change me into a fanatic.

I wasn’t in the market for a kite. In fact, I’ve not thought about kiting since I was ten. But usually around this time of the year, the mega-retailers of the world start stocking those mega cheap plastic delta kites adorned with the favorite cartoon characters du jour. Enter Spongebob… and my son who caught a glimpse of him in the kite bin under the little yellow sign that read “just in time for spring.” 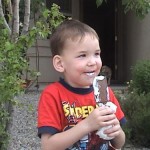 “Me have Bob-Bob kite!” he demands. It’s early in the shopping trip yet but it’s already time for the big debate… do I give in and save myself the continued onslaught of whining if I don’t let him have the toy he wants? Or do I let him have it and risk further spoiling the little munchkin and falsely give him the idea that the world will be handed to him on a platter. Then I see the price tag.

HOLY COW 75 cents!? Peace of mind while I shop for less than the cost of a soda at the snack counter. SOLD! My kid gets a Bob-Bob kite. It was a good move. The rest of the shopping trip was like shopping when I was single. No cares, no responsibilities… I could browse for ice cream! My son loves his kite, this will be his favorite possession and I am Super-Dad for giving it to him. Nothing will come between him and this kite. 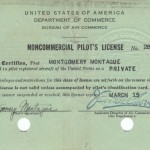 Ten minutes later we arrive home and the kid immediately forgets about the kite. It never existed. Spongebob is on TV and this takes precedence over everything. I open up the package and insert one flimsy plastic rod into precarious paper-thin loops and try to coax the young lad outside. He is unmoved.

“But I thought this was your favorite thing ever.”

“Okay, I guess I’ll have all this fun without you!”

Outwitted again, I decide to go outside by myself. 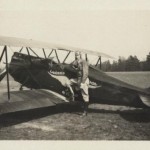 But here’s the thing. I haven’t flown a kite in fifteen years. I’m holding the floppy plastic sheet in my hands and I’m thinking… so I start running like mad and it starts to fly… right? Spongebob doesn’t provide the answers and truth be told, the wind is fairly plentiful. No running seems necessary. I shrug and lift the kite into the air and a sort of funny thing happens… it just lifts off my hand, does a few pirouettes and floats high into the sky without me having to move a muscle. 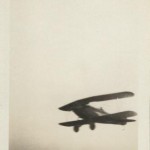 It was, in a word… magical. I stand there holding a garish cartoon plastic delta kite with a big goofy grin on my face and I’m transported. A strong gust of wind would strain the plastic to it’s breaking point and the kite would dive like a stuka bomber, then recover at the last second and swoop up majestically… I’m taken back to memories of my grandfather who flew airplanes in the early days of aviation. He once flew from his hometown of Chattanooga to Florida, TN and was one of the first people ever to fly into the city. Although a relatively minor aviation milestone, he was presented with the key to the city for the feat. I realize that the dream of flight is in my blood and I’m instantly hooked. I want to be a kiter. Or is it Kitist? Whatever the term was, I was going to find out.

And I had Spongebob to thank for it.