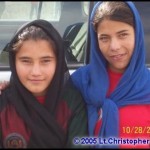 For orphaned children in Afghanistan, there is no hope of ever having a true family. Afghan’s judicial system and Afghan family law (which is based on the strict Islamic Shari’s law) both ban adoption in the country. The 24 years of war and poverty in the country have caused over 2 million children to become orphaned. These children will never know the true love of a mother or the joy of playing ball with their father. They will never get a hug and kiss at night and never hear “I love you.” One in 5 of these children will die before they reach their fifth birthday. Most of them are malnourished, as around 20 – 40% of Afghan citizens are underweight. These innocent children often fall prey to the targets of drug dealers, warlords, and terrorist networks since they are alone in the world. After the fall of the Taliban regime, the people of Afghanistan, especially the children, have been left without the most functional necessities, education, medical treatment and supplies, and entertainment.

The orphaned children have very few personal belongings in their rooms; perhaps just a bed and somewhere to place their few items of clothing. No piles of toys, books, video games, or stuffed animals are seen in their rooms, and their only source of entertainment is their imagination. One of the items the children would love to have to keep them occupied? Kites. 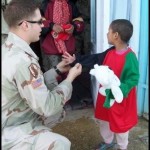 Kite flying is more than just a hobby in Afghanistan; it’s an obsession that is shared throughout the country. If the children were able to see above the streets of Kabul from the Orphanage, they would see a sky dotted with the brilliant colors of kites as players engage in “gudiparan bazi”, or kite fighting. Banned by the Taliban for being un-Islamic, the children have never experienced the sense of awe and the sheer feeling of pride as the wind blows just the right way, enabling the kite to climb higher and higher into the sky. Nor have they ever felt that pang of disappointment when the wind dies, leaving the kite suspended in mid-air until it begins its unfortunate descent downwards. For these children, the honor of owning a kite would not just be a “toy” to them, but it would be a way to escape the reality of a lifetime spent in an Orphanage, as well as a way to embrace their heritage.

Lieutenant Christopher Haas and other U.S. servicemen learned first hand the joy simple pleasures, which we all take for granted, can bring to the lives of the orphans. In an October 20th, 2005 visit to an Afghan orphanage, Lt. Haas observed the following in an email to his wife, Trisha Haas.

“… After everyone opened up, they could not get enough of the cameras. They love to look at themselves, probably because there aren’t that many mirrors or pictures. I did not get to see the buildings inside, but I was told that they do not have a lot in their rooms… Many people thought that it was sad and I guess that is because they have no parents, but I think that if the kids try to make something of themselves, they will shape the future of the country…” 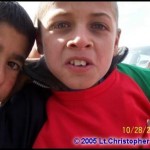 What a better way for these children to shape the future of the country than by making sure each of these children have their own kite and allowing them to join in the number one past time of their country. Kite flying has been a favorite pastime in the country for the last 100 years, but there are few on the streets of Kabul that can forget the terror of living under the Taliban regime for so many years. Under Taliban rule, if you were caught with a kite, many times you would be beaten and the spool would be destroyed. However, since the fall of the Taliban regime, kite flying has again resurfaced tenfold. Kite flying is a two-person affair, with one person called the “charka gir” and the other called the “gudiparan baz.” The charka gir is in charge of the holding the wooden kite spool, around which the wire, or “tar” is wound. The second person, called the “gudiparan baz” actually is in control of the movement of the kite in the air.

Kites are made of either extremely fragile tissue paper, or heavier more durable mylar fabric. They come in many colors, shapes, and sizes. Kites range in price depending on the size and materials used to make the kite. For a small, simple, child sized kite, the price starts at around 2,000 Afghanis, which is just a few cents. For large, elaborate, colorful kites, many with dangling adornments, the price can cost as much as 100,000 Afghanis, or $2. Kite flyers stand on tops of buildings, fighting with kites from all over the city. The object is to strike down the kite of your opponent with the string of your kite, after which you will be called the winner. After an opponent’s kite is set free, it flutters away into the wind where it is usually picked up by the local children, who fly it the next day as their own.

However, the children in the orphanage will never have a chance to run around the city, gathering discarded “azadi rawest,” or free and legal kites. The orphanages in Afghanistan are run like boarding schools, with the students both living and learning under one roof. Lacking the basic necessities, the children often go barefoot to school, donned in threadbare, tattered clothes and sit down to learn with very few school supplies.

Since these children have no hope of ever having a true family, we want to do something special for them by collecting kites for the children. We would like to collect at least 500 kites to send to the children of an Afghan orphanage in the capital city of Kabul. Why 500? We want to make sure that each child has the opportunity to own their very own kite. In a small way, it’s a symbol of the freedom, which the people now enjoy and will continue to enjoy for years to come through the liberation of their country. This is one way to light up the face of a child and share in the spirit of giving and spit in the face of terrorism. We are collecting as many kites as possible during the months of November and December 2005 (To account for sometimes lengthy travel time, the sooner you are able to send the kites the better.) Lt. Haas, along with the other U.S. soldiers, will be delivering the kites to the children. This is a cause that we believe strongly in, but we need as much help as we can get to make this dream a reality. Please take the time to send a kite so we can make a difference in the world together! Let there be two symbols of freedom in the air – the flag and the kite.

For more information, please check out the Kites for Kabul web site. Through the extremely generous donations of Kirti at One World Trading, we already have over 200 kites going to the children. Also, through his generosity, anyone who purchases kites, reels, and string from this site will receive the items at the promotional price, with an additional 10% off and free shipping.

Thank you for reading,