The Texas Tech Extension Campus once again extended an invitation to the kite makers for a Retreat, general fly time and friendly gathering over Memorial Day Weekend. This is the 18th year of an annual event, so perhaps one could call it tradition in every sense of the word. Tradition and good to see everyone as our regulars and a few new people to add to the roster, Cory Grey brought her sewing talents and said she’d make this an annual event! She was our newbie to the event and pronounced it a yearly deal from now on. We’ll take her up on it!

It began with Texas Tech art professors, Betty Street and Bill Lockhart. They, and Lois Card, were the impetus behind bringing art into kiting and kiting into art. Many International guests visited over the years between 1988 and 1998. bill sends his best regards by the way and said he might come down from Lubbock some Memorial Day weekend to join in the fun once again. He’s glad we’ve carried on the Retreat. Once they retired, Bob Josjor and Judy Kingery inquired as to the possibility of maintaining a Retreat and subsequently made that happen. The folks from Drachen Foundation came in 2002 for a reunion and board meeting. That was a record year as far as the number of participants. People attended from all over the country, and we had two George Peters that year. One from Boulder, whom you know and love and one from Seattle who taught some very neat designs on kites and an added benefit of Cacao chocolate, much enjoyed by all.

The focus remains on an artistic interpretation for kites and other assorted wind toys. Mary Gabby, from Colorado Springs, taught a series of piecing classes. Jean Gore did a great class on projects for students. The Rick and Randy show provided much entertainment as well as a take-home Edo for each participant in their classes. Those two guys are so creative and outstanding teachers that you want to spend the day in Mr. Roger’s Neighborhood to learn and play. Dyana Ploof did kite jewelry making with sculpted clay and her easy bake oven. Steven Ploof provided two classes on three dimensional inflatable tails and lots of those were flying during the Public Fly Saturday morning. Charlie Sotich was there and anywhere Charlie is happens to be a good time to do miniatures. He did a circular Chinese Coin Kite and then a second class utilizing gift wrap tissue sails of arbitrary shapes to fit the design on the tissue. Dave Woo Hoo Young taught a fascinating class on Brazilian fighters. His jigs for framing are outstanding and easy to make. Many innovative ideas came out of his classes. The Thunder from Down Under class was a huge hit under the pavilion outdoors. George Weber brought the wind wand to life. Many a whirring could be heard over the kite field late at night as students completed their projects. We won’t elaborate on Dick Bell’s use of the cordless drill and multiple rubber bands on his Wind Wand. No injuries occurred although a law suit might be filed. Tom Arbster was there with all of his materials and kept us supplied with rip-stop, carbon and fiberglass spars.

Friday night opened up with check in and classes. Warm temps and a nice breeze. Saturday we had the Public Fly and quite a few people were there for that. Once we changed it to a morning time, we have hope of winds and have not been disappointed. Rick and Randy and Richard Robertson, as well as Steven Ploof had many things up in the air for quite a show.

Bait Night was a huge success with various assortments of squid, smoked oysters, Colby-jack cheese, hickory smoked provolone, papaya, chips and dips and who knows what all packed onto some trusty crackers to go with a cold soda wa 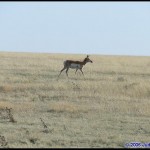 tching a pleasant evening dissipate into night time. We were out under a pavilion with quite a storm whipping up on Saturday night. Junction has the best lightning ever, thunder, rain, and a gale of a force wind blew the oysters off the table, but my, what a light show we had for all!

Junction is known for it’s weather. We had a terrific thunderstorm, my favorite kind with all the lightning, thunder and a refreshing smell of wet earth. Of course, the wind storm split a couple of trees, too, and didn’t do the bug catcher phone booth any good. Texas Hill Country, deer, swallows nesting in the rafters, their young chirping with hunger. Hummingbirds gathered at the feeders and the Koi in the pond were ready for any left over dinner items.

We had a good, steady wind throughout the entire time. Unusual as the days are generally hot and sultry during the afternoon. Not so, a nice breeze blew the entire time and the Public Fly generated lots of kites in the air. Tom Arbster had several large air foils up and Steven Ploof as well as Dick and Gail Bell flew some huge foils. Lots of trailers and air candy.

The Silent Auction brought in over $800 for a sound deposit to secure next year’s event. And the time under the trees was well spent. We had several “don’t tell Betty” stories and many laughs were had by all. Bunnie and Dorsey auctioned off all of the stuff they’ve found left in their van over the years by Kite Retreat participants. They bought it back and now are legitimate owners of several pair of scissors and the odds and ends such as the can of sardines and so on. Many thanks to Gail Bell, Michelle Borland, our resident accountant in charge, our concierge, Bob Josjor, and johnny on the spot, Leona Clark, as well as George Weber and Bunnie and Dorsey Twidwell for a well-run Auction! Chris Noynaert retrieved his chair from last year, thank goodness. We took good care of it in the shop and returned it good as new.

Thanks to Don Nichols for a great photograph of our entire group (as Dick Bell dove into the shot at the last minute). Don said he very much enjoyed Charlie Sotich’s miniature class, “for a limited mobility citizen I like having classes I can participate in.” Don said he was able to get his ‘Lexus Banner” Genki kite up and flying. We did have some extraordinary wind for Junction this year; don’t think it laid down but one afternoon the whole time!

Sir Kevin and Janet Wolfe also brought their artistic talents to the fore front. Janet did some beautiful paintings of koi on a kite skin I spied in Woo Hoo Dave’s class. Bleeding paper is fun to play with, (she says as she has dye dripping off her fingers.) Sir Kevin and Janet are active in the art world and do lots of things for students in their home town; no doubt will take home many memories and fun times to their kids from Junction.

Richard and Marian Robertson said they had a lovely time and enjoyed the opportunity not only for classes and camaraderie, but to repair beloved kites, a little Emergency Medical Service session there. Plenty of room to spread out in the classrooms, have sewing machine, will travel. Also nice to see Gayle Woodul pop in for a visit! She and Terry Sansom were most welcome sights on Saturday about noonish. Very good to see both of them for the better part of the day. Don’t know how that girl makes all of her engagements all over the place, but it seems to me she does a mighty fine job!

Mary Gabby left several insights on the board as we rounded up and packed our gear. “Done is better than perfect.” Sage advice to kite makers, won’t you agree? She did a great job on a piecing and design class for her students. She said she got that nugget from Scott Skinner and that Dorsey Twidwell has it taped to his computer. Think about it, makes sense. I also liked her phrase “Efficiency is intelligent laziness.”

Sunday brought the outdoor barbecue and again perfect weather and good food, nice visits with the Cafeteria folks. Always they are so kind, great food, quick service and a visit under the pavilion outdoors.

As our weekend came to an end, Terry Officer had a lovely surprise for each participant with a gift of a captive ring wood pen in a multitude of colors and kinds! Walnut, Bloodwood, several variants of beautiful woods and a gift for each of us. What a nice way to end the weekend with friends, something to think about Junction each time you see your pen in quiet elegance on the desk. And, yes folks, gear up for next year; the deposit’s been paid and we’re on for Junction 2007 Memorial Day Weekend! Pen it on your calendars and we’ll see ya’ll there!