Hello there. I hope this finds you well and with time and weather to fly kites.

Rumors: I am constantly amazed at what I hear coming back through the grapevine. I hear that the AKA is losing money hand over fist, we are eating our seed corn, there is complete mismanagement. So let’s talk. 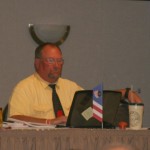 Convention: But wait, there is more. There is an elephant in the room called ‘Convention’. Convention is supposed to break even. Convention is budgeted for about $85,000. Because of its independent character, Convention is often not included in budgeting. But monies are exchanged between Convention and AKA. If we include Convention in the figuring ($154,983 plus $85,000), the AKA budget becomes $239,983. Now our operations loss was 8.85%

Eating the Seed Corn: Most non-profit associations have cash reserves equal to three years of operating costs. One year’s operating costs is considered the bare minimum. We have less than one year in reserves. Said another way, there ain’t no seed corn to eat.

What are we doing about it? There is an agenda item for the first Board meeting seeking Board approval for any spending over budget on any line item. Last year’s Convention lost $6,000, this year’s didn’t. The Board expenses this year will be less than half what they were last year. Most of that is because the new conferencing system we are using. Insurance this year (FY 2009) is $2,079 less than last year.

So, yes folks, this has the Board’s attention and we are taking steps to bring spending in line with income.

See you out there somewhere.