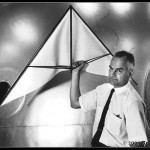 In the weeks since Francis Rogallo died at the age of 97 (12 January 1912 ~ 1 September 2009), I’ve been pondering the incredibly massive, and profound impact he had on the international kite world.  I’m not sure his remarkable contributions have been, or ever will be, fully realized or appreciated for the immense impact they’ve had on all of us.

His kind generous spirit shone through his sparkling eyes the day I met Francis Rogallo in June of 2003. I could not have been more thrilled! One does not get to meet a living legend every day.

2003 was the 100th anniversary of the Wrights Brothers flight. Kitty Hawk Kites had a kite festival six months prior to the December 17th anniversary to celebrate the Wright Brothers use of kites in their research in the years leading up to their historic flight.

Mr. Rogallo took my arm as we crossed the field that beautiful June day. I was escorting him to the hangar to see the kite exhibits, workshops, and indoor flying we had set up for the festival. He was very complimentary, gracious and amused by the indoor flying.

The kite fliers there that day fumbled and sputtered over our words as we tried to tell him how honored and impressed we were meeting him, but he’d have none of it.

He said he was just a kite flier, enjoying the kite festival. That was one of the amazing things about Francis Rogallo. He considered himself a regular kite flier…we considered him a giant among men.

All of the attached images have been generously provided by the Rogallo Foundation.

John Harris of Kitty Hawk Kites is president of the Rogallo Foundation, he told me of plans for a book and to build a Rogallo Museum.

According to the Rogallo Foundation’s web site:

“The Rogallo Foundation was created in 1992 and its mission is to honor the Rogallo’s; preserve their priceless records, artifacts, and research; interpret their incredible story; and protect this legacy of free flight for millions of people in all the Nations of the world. Based on the Rogallo invention, millions of people around the world have been introduced to the pleasures, adventures, and challenges of aviation.

There was an out pouring of affection, remembrances and reviewing of the past when Francis Rogallo passed away recently. Below is the Drachen Foundation’s obit in its entirety. There is also a sampling of the many other obits that appeared in newspapers across the country, as well as a variety of articles about Francis Rogallo and his impressive achievements. 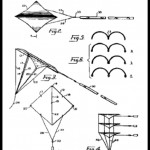 One of the first interviews that Ben Ruhe and I conducted for the Drachen Foundation was with aeronautical pioneer Francis Rogallo. Justifiably, he was already known as the father of modern hang-gliding, but his contributions to the kite world were no less significant. His Flexikite, inspired by the working kitchen-curtain-prototype made by wife Gertrude (and shown to Ben and me that day), is one of the few generic kite types invented in the 20th Century. Its production models featured a new material called mylar, and boasted that it was the “world’s first frameless, flexible, heavier-than-air-craft”. It was waterproof, crashproof, and was one of the first production kites to be marketed as a two-line “stunter.” 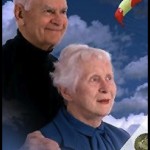 Kite flying in the second half of the 20th Century was influenced greatly by the inventions of Rogallo and fellow soft-kite pioneer Domina Jalbert. Jalbert’s parafoil designs became the standard of parachute design, and most popular with kite flyers for “heavy lifting”. But the frameless Rogallo wings inspired soaring delta kites, so popular as the introductory kite for enthusiasts, worldwide, as well as a whole generation of “NASA-Wings” for kite traction. Invented for the United States’ space program, the Rogallo wing may yet find its way back into the forefront of technology. Could this be the kite (sail) that pulls yachts or ocean-going tankers? Could this be the kite that harnesses the wind’s almost-limitless power?

Francis Rogallo’s innovative approach to the problem of space-capsule re-entry is inspirational. This elegant flexible wing was such a departure from the ideas of the day, yet now, we have a hard time imagining our kite-flying-lives without it. Variations of Rogallo’s invention will live forever amongst us.

Link to Sky’s the Limit article