Shirone Kite Festival is a 360 year old kite festival which features kite battles between two villages across the Nakanokuchi River. 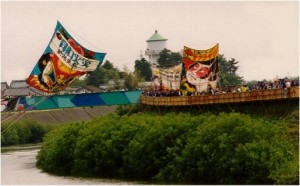 The kites are beautiful: some have layers of black and clear plastic forming diamonds and stars. Some have decorative edges, the plastic razor-sliced into piñata fringe. But they work, catching the breeze and jack-rabbiting into the smoky air. Small kites are notoriously hard to fly, but these are perfectly engineered. 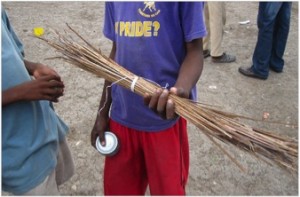 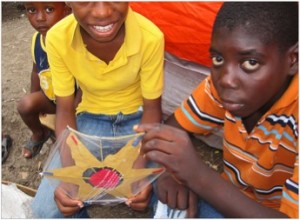 Hope amid Haiti’s rubble– kids have reclaimed the cemetery as a place for kite-flying instead of mourning. 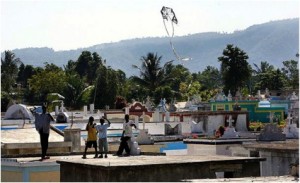 Organizers of Dieppe Kite International, where kite flying enthusiasts and professionals from different countries travel to Dieppe to participate in a week of competition and fun activities, is now an annual event after being held every two years since its inception in 2001.

‘Why I’m flying a kite for schools that offer choice’- This week 21,000 students and their families and 61 schools celebrated Integrated Week with a launch at Parliament Buildings. It was a hopeful event as the kites flew high in a bright blue sky representing the hopes of our young people.

It was a unique event: the first time that kites have been flown actually, rather than just metaphorically, at Stormont.

The Shrove Monday custom calls for the flying of kites by young and old throughout the country. In Athens, the best-known spot for kite-flying is on the Filopappou Hill, to the south of the Acropolis.
http://www.ana-mpa.gr/anaweb/….maindocimg=8418765&service=144

The Rajasthan government is keeping alive the royal tradition of kite flying.

The Pink City of Jaipur simply goes crazy on Makar Sankranti as its residents climb on to rooftops and crowd open grounds to indulge in their most favourite passion of kite-flying or patangbaazi. Markets, schools and offices remain closed to allow residents to enjoy the festival of kites with great gusto.

Roof Top Hospital– The brothers, who have been looking after injured birds for 15 years, say most of the birds are injured by the sharp string (manjha) of paper kites. 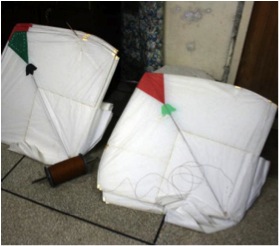 Speedflying is taking off in more ways than one and nowhere more so than in France, where an estimated 3,000 people try it every year. 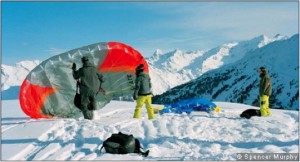 Kite Festival Marks Dhaka’s 400th Anniversary– The city of Dhaka in Bangladesh is celebrating 400 years since the city was founded, and a kite-flying festival held on Saturday marked the day with color.

A ban on an old and colorful tradition of kite-flying has riled many Pakistanis, but authorities have said the sport has killed people and encourages “immoral” celebrations.

The annual kite-flying festival of Basant, which marks the start of spring, involves aerial duels in which participants try to bring down each other’s kites.

From times immemorial our kids were free to fly kites. In this part of the world the passion for kite flying was common among both young and old. 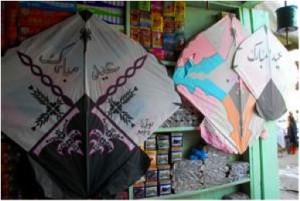 LAHORE: At least two people were killed and more than 90 injured during kite-flying incidents in different cities of Punjab despite the strict ban from the government. 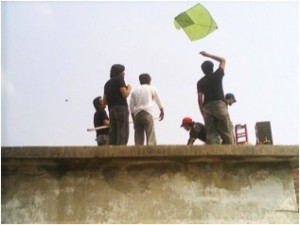 The ordinance stated that the courts could not give the ‘license to kill’ by allowing Basant to be celebrated in the province.

Power Kiting across Greenland– the 2010 expedition – which starts in April – will go one further, this time travelling the harder route, using a combination of man-hauled sleds and power kites. http://www.northstar2010.com

Scouts gather kites for kids in Afghanistan. Boy Scout Troop 132 of Wanaque and Wanaque Police Capt. Ken Fackina have teamed up with Adopt-a-Soldier Platoon to donate kites, school supplies and clothes to children in Afghanistan.

Mile-High Mega Kites Could Pull Giant, Floating Power Plants Take a huge oceanic catamaran, stick a hydroelectric turbine underneath it, and hitch it to a 6.5 million-square-foot parafoil flying nearly a mile in the air. That’s a Korean research team’s new proposal for generating gigawatts of clean energy. 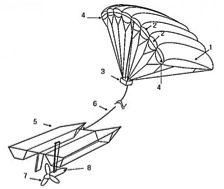 The group’s idea is a little weird, they too admit. The researchers propose that gigantic kites could be used to drag large and floating power plants across the surface of the world’s waters. Each of the power plants would be outfitted with an underwater

Power kites to harvest wind energy– Experts say that the energy in winds miles above the earth is sufficient to provide the world’s energy needs.

Google’s search for smart power– What makes Google different is that is has long been a vocal advocate of renewable energy, calling for the US grid to be 100 per cent renewable by 2030, and has backed this talk with significant investments in leading solar companies eSolar and Brightsource, creating one of the largest solar arrays in the US, funding two US geothermal developers, and also investing heavily in Makani Power, a company developing high altitude kites to develop wind energy.

The vessel, chartered by GE’s Project Logistics team to carry power-generating equipment, boasts the first towing kite propulsion system for a commercial shipping vessel. The parasail-like kite attaches to the ship’s bow and pulls it through the water. The SkySails system can carry a load of eight to 16 tons–a number that is expected to increase to 32 tons by 2012 as the technology matures.

The concept of towing-kite wind propulsion has proven itself fully capable on board ship, and the tractive forces that were measured make the SkySails-System the most powerful and effective wind-propulsion system in the world. Thanks to its unique physical properties, the system produces between 5 and 25 times more power per square meter than conventional sail propulsion. A 160m2 SkySails generates a tractive force of 8 metric tons, which is comparable to the thrust of an Airbus A318 engine. 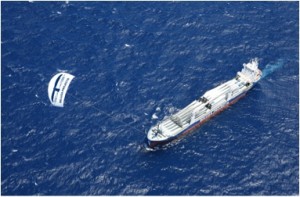 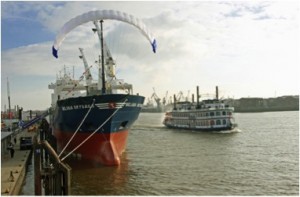 Ride like the wind: Utah growing as international draw for kite sports. 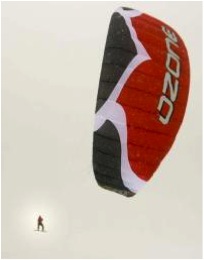 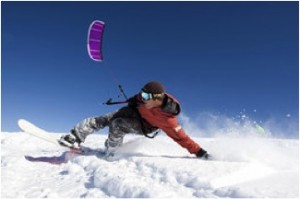 Denver based indie-rock/folk band The Midnight Kites have released their debut album “The Color of Light”, which is available through their website www.midnightkites.com

We grew up in Brazil where kites were a very affordable and fun toy for kids to make. A few months ago he started to make kites again. This festival gave a reason to try and make this video and his hobby gave me inspiration for the concept. He has had many days like this and this was a lot of fun to film. If you are ever in Newport Beach, CA, look up and you might see one of his kites. 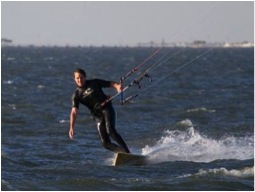 About a dozen students learned about the spatial geometry of tetrahedrons as they built four tetrahedral kites out of straws, string, and tissue paper in an activity planned by Eryn Schmidt for her Math/Science Pathway project. A tetrahedron is a three-faced pyramid with equilateral triangles for all its faces. 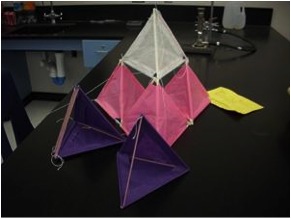 Teachers rewarded with project grants “I will be looking for a time in which the weather will cooperate with the concept of flying kites,” said Reihle, who has been teaching at Shawe for 14 years. “My algebra I students will be applying the concepts of area and many aspects of linear equations as they design two kites – one diamond-shaped and the other hexagon-shaped.”

Kite Safety demonstrates that physical contact isn’t necessary to create an electrical arc between a power line and a kite.

Smithsonian roof collapse was a close-call for the National Air and Space Museum. The museum was formed on August 12, 1946 by an act of Congress. Some pieces in the collection date back to the 1876 Centennial Exposition in Philadelphia after which the Chinese Imperial Commission donated a group of kites to the Smithsonian.

Ahmedabad: A unique museum in the heart of the city, the Kite Museum that displays a wide variety of kites, shares its birthday with Ahmedabad. On February 26, when Ahmedabad celebrates 600th birthday of its foundation, the Kite Museum at Sanskar Kendra turns 25!

Recognisable traditions of Indian are reflected in Kite Fight, where people fly kites to cut into other kits, using specially made threads, and the dance game, where the gamer must match the beats of an Indian song by hitting a combination of buttons at the right time. ‘Desi Adda: Games of India’ (PS3)

Kudos to Craig Wilson of Madison Wisconsin who had one of his KAP images used in the Wall Street Journal on 11 February 2010. 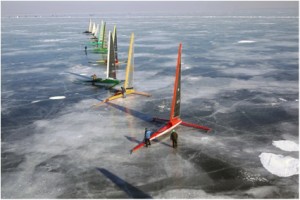 Love at First Kite-Had it not been for kites and a kite store, the lovebirds might not have met.