Despite fears of police response, a small group of protesters flew kites on a rooftop in Downtown Toronto to protest the G20 summit. 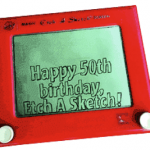 Happy 50th birthday, Etch A Sketch! “…Andre Cassagnes, an electrician in France and now a famous designer of kites, got the idea in 1955 after noticing how an electrostatic charge held aluminum powder (which gives the Etch A Sketch its drawing surface) onto glass. He based the design on a television screen and sought a patent…”

“Some are crazy, others are admirable and a few are simply awe-inspiring. The individual triumphs of 10 Tricity residents have catapulted them into the Limca Book of Records. Joined in purpose by their superlative feats, the super 10 have got together to form Limca Record Holders ‘Welfare Association to seek better recognition for their achievements.”

“A forensic scientist, Dr Devinder Pal Singh Sehgal, holds the Limca record for making miniature kites, which can pass through the 0.003 inch eye of a needle. ‘I have represented India at different kite flying festivals held in China and Cape Town. A festival is also held as part of Olympics but sadly India does not have any official entry. I had launched a campaign for inclusion of Taj Mahal in the wonders of the world through kites,’ he says.”

An experienced kite surfer died after he was lifted by a gust of wind and flung against rocks, an inquest heard yesterday. 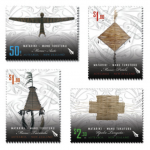 “…a journey forward to the future and back to the past – to ‘Matariki’, the dawn of a new Maori year, and to ‘manu tukutuku’, a symbol of Maori culture that has soared through the skies of history.”

Russ Mozier www.kitesonstamps.webs.com has informed me that this is the tip of the iceberg! There were 12 new kite stamps released in 2009 and 6 released so far in 2010.

More than 2000 people have turned up for a kite day in Auckland as the Matariki Festival draws to a close.

Tapara says kites symbolise the connectors between the heavens and the earth.

Scottish Natural Heritage has launched a new campaign called “Simple Pleasures, Easily Found” It aims to remind people especially those living in cities, that there are simple ways to have fun without spending lots of money or needing specialist equipment or planning.

Or, they could start a kite club!

There is continued progress in the renewable energy system using underwater kite power.

A Swedish startup has secured 2 million euros ($2.57 million) to test a prototype of an underwater kite that will harness tidal power in Northern Ireland next year. 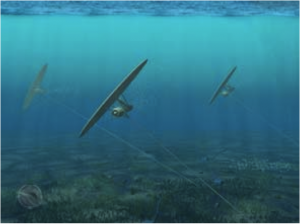 The Deep Green kite has a wing span of 12 meters
but only weighs 13 tons to 14 tons, making it lighter and smaller
than current tidal systems and cheaper to manufacture. 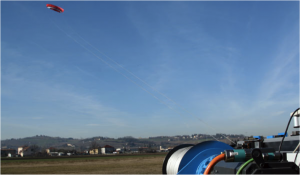 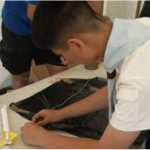 The UK’s ‘Air Scouts’ had “A great Camp,” said Patrol Leader Vincent Li, “I built an awesome kite and it flew the highest of all.” Over 400 kites were flown over the weekend, and a mass launch was held at the closing ceremony.”

For the first time, research shows that American creativity is declining. Creativity scores had been steadily rising, just like IQ scores, until 1990. Since then, creativity scores have consistently inched downward. “It’s very clear, and the decrease is very significant”. It is the scores of younger children in America—from kindergarten through sixth grade—for whom the decline is “most serious.” 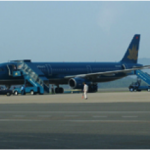 Kite-flying on the Da Nang Airport runway Thursday caused take-off and landing delays at the central airport, an official from Vietnam Airlines said.

At around 5 p.m., air traffic controlers stopped all flights from taking off or landing at Da Nang airport when they saw a group of children flying kites on the runway, said Huynh Thi Tuong Van, an officer at the Vietnam Airlines central region office.

Lai Xuan Thanh, deputy chief of Civil Aviation Administration of Vietnam, told the news website Vietnamnet that the kites were flown by local children who had trespassed into the airport’s restricted area.

“Sarah McNair-Landry was born on May 9, 1986 and lives in Iqaluit, Baffin Island, Canada. She works as an adventure/polar guide and in the film industry. Her hobbies are dog sledding, kite surfing and kite skiing.

Sarah and her brother Eric undertook several polar expeditions with their father and mother, the polar guides Paul Landry and Matty McNair on Antarctica and in the Arctic. In the 2004-05 Antarctic season they became the youngest to ski to the South Pole and did it unassisted, unsupported; and they kited back to the coast. In the 2008-09 Antarctic season Sarah guided an ALE team from Hercules Inlet to the South Pole and kited back to Patriot Hills. In the Spring of 2010 she guided a team to the North Pole.

During the Spring of 2009 sister and brother, Sarah and Eric McNair-Landry and their friend Curtis Jones, all from Canada, attempted a kiting expedition across the Gobi Desert, Mongolia. They started their adventure on 16 May, but Curtis had to leave the expedition 10 days later due to family reasons. Sarah and Eric carried on. The team used three-wheeled buggies powered by their kites or pulled by themselves in no winds. The expedition ended on 17 June.

Previously, in 2007, Sarah, Eric and Curtis kited together along a vertical route on Greenland and pulled sleds.” 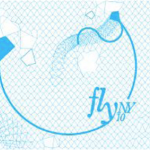 FlyNY invites you to design and donate an original, handmade kite for the 2nd Annual NYC international kite design competition. Upload your design ideas to Architizer.com and present your kite on August 21st at a public kite flying showcase on Pier I in Riverside Park. FlyNY will short-list approximately 40 kites for participation in a special pre-launch event and auction on August 18th. At the pre-launch event, a distinguished jury will review your kite and curate a live panel discussion. Encourage your friends and colleagues to review your designs on Architizer, as FlyNY will consider community favorites!

In the mean time…on the opposite coast: 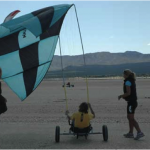 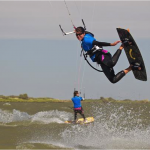 “Mark Beckner spoke with a strength beyond his 11 years as he explained the design on his homemade kite. The Kirkersville boy lost his father to a heart attack in 2009, he said. He flew the kite Wednesday to get his father’s attention, and he was sure his dad saw it.

There were 49 other kites that joined Beckner’s: white plastic diamonds with tails, some designed with rainbows, others with hearts, many with the words “I miss you” lovingly scrawled in marker.” 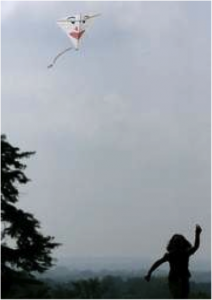 A child flies a kite in memory of a loved one Wednesday morning during Hospice of Central Ohio’s 13th annual Children’s Bereavement Camp at Sts. Peter and Paul Retreat Center in Newark. (Eric George, The Advocate)

“…In June 1881, Milton and Susan Wright moved their family — including sons, Wilbur, 14, and Orville, 9 — from Iowa to Richmond to be near Susan Wright’s sister and mother.

In a 1937 newspaper article, playmate Harry Morrow said the Wright Brothers used the barn at 309 N. 12th St. as a workshop.

“They fitted it out with pulleys made out of old spools. There was no motor back there to make things go, but they had other ways of producing motion,” Morrow said.

“I can’t recall that there was ever any talk of flying machines back in those days … But they did a powerful lot of kite flying. And I’m here to tell you that the Wright boys made the best kites of any of the kids in Richmond. And they made ’em fly, too.”

In 1884, the Wrights moved to Dayton, Ohio, but retained a tie to family in Richmond…” 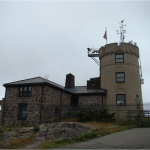 “The Blue Hill Observatory has not missed a day of weather record keeping since 1885… The observatory was built in 1885 by Abbott Lawrence Rotch. Rotch was the son of an affluent Boston family, and after graduation from MIT, used his trust fund to erect the observatory. Rotch worked with other weather enthusiasts to study the atmosphere and observe the weather.

The Blue Hill Observatory also has an unofficial tie to modern air travel. When the Wright brothers were designing their now legendary first airplane, they reached out to Rotch and Chief Observer Henry Helm Clayton after hearing the scientists were steadily flying kites at 1,500 feet with weather instruments hanging from them.

Rotch and Clayton became friends with the aviation pioneers and as they say, the rest is history. Proof of the connection hangs in the observatory’s education room in the form of a kite resembling the first airplane.”

“…In prison slang to “shoot a kite” is to send a message. Thousand Kites is a national project that works directly with stakeholders using communication strategies and campaigns to engage citizens and build grassroots power. It uses performance, web, video, and radio to open a public space for incarcerated people, corrections officials, the formerly incarcerated, grassroots activists, and ordinary citizens to dialogue and organize around United State’s criminal justice system.”

“Kites over Havana” by Paquito D’Rivera.
The Lyric Chamber Music Society of NY presents Music from Cuba: The Pioneers with Paquito D’ Rivera and The Latin Sax Quartet. 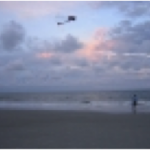 Using Kites to Conduct Wind Speed Measurements “Ever since the time of Benjamin Franklin, kites have been used as scientific equipments in a variety of simple and complex tasks. This has been owed to the fact that they are inexpensive to operate, and also capable of carrying a fair amount of sensing equipment given sufficient wind to lift it up. Sensors are even today commonly used in kite studies, and researchers believe that they could potentially develop a way of using the toys to measure the speed of winds at designated locations.” 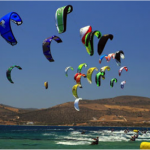 “They worship the wind. They wake up in the morning and check the trees outside of their windows to gauge how much wind is blowing and from which direction. They consult multiple weather sources — via phone, radio, the Internet and television — to compare forecasts for the day. And they do all of this before even considering having a morning cup of coffee.”