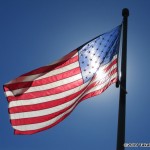 The 32nd Annual Frank Mots Kite Festival at Veterans Park at Milwaukee Wisconsin’s Lakefront, held the weekend of September 11th and 12th, was hosted by Scott Fisher of the Gift of Wings Kite Store and sponsored by the Kite Society of Wisconsin and Illinois. Performers came from all over North America including the kite teams of the Blues Brothers, Chicago Fire and iQuad, pairs teams Fire & Ice, O2 and Pegasus, along with John Barresi, Josh, Zach, and Elizabeth Gordon and Dave Bush doing individual demos, the “Kite Lady” Donna Holtz-Schenk with her fantastic art kites, Ann Vondriska’s program scheduling and announcing, and the giant inflatable kites of Yves LaForest (celebrating his 10th Anniversary at Mots).

I arrived on scene Friday afternoon to do a pre-fest stress-relief quick-fly. Since my return from WSIKF, busy days and non-conducive weather has kept me from doing what I enjoy most and I knew, only too well, that when Mots kicked-off there wouldn’t be much chance to free-fly. While there is plenty of park space for folks who show up as spectators and recreational fliers, the main festival grounds, normally open for play, would be occupied with the demonstration field, learn to fly area, vendor tents, performers, spectators, and generally filled to the brim with activity.

It was exciting to see John and Elaine Cosby, visiting all the way from Puerto Rico, flying their Team Pegasus kites near the lakefront’s edge. We had the chance to catch-up, not only on their love for kiting, but furthermore their passion and commitment to the rescue and rehabilitation of horses back home. It’s remarkable to hear the “other-side” of the lives of those involved in kiting, time and again, just as noteworthy.

iQuad also made an early showing, got their team kites up and did a bit of pre-fest team practice or should I say pre-fest team-play, particularly since their alternate pilot (Joji Davis) was filling in the #6 position for David Hathaway who wasn’t able to attend this year, leaving Joji to learn a completely new position (normally in #4)! It’s always nice to have the chance to kick-back, relax, and share a few laughs with everyone beforehand. The festivals come and go much too quickly, and in a blink of an eye, it’s over and we’re back to saying “hope to see you again soon”.

Saturday started out overcast and damp with some pretty solid rainfall for the first part of the morning, we had regular updates from Scott Fisher on the weather front as it was moving through, eventually clearing-up in the afternoon. Breakfast and dinner was served to performers on the field, festival volunteers, as well as KSWI and IKE members, and the folks at Caribou kept the coffee comingÉ Saturday evening included a kite raffle with tons of great prizes, a couple of excellent auction items, and a special presentation by Mots veteran Yves LaForest on his Giant Flying Creations. Listening and learning from a passionate expert like Yves gave many of us the opportunity to hear how another facet of kiting operates, and the insight into the rules which are involved in handling such large kites to keep everyone safe.

The schedule of events included a grand kite launch where all attending kite fliers launched simultaneously accompanied by “Let’s Go Fly a Kite” blasting out over the PA system, there was a very well attended candy drop for the kids, a crazy (Mots trademark) bratwurst-drop for the young-at-heart where brats were dropped on parachutes (especially funny when the chutes didn’t open), a rock-climbing wall for all ages (accosted at one point by John Barresi who was landing his Rev on the top), great food of various kinds, lots of free parking, and demonstrations by our Milwaukee fire department, police department K9 unit, and local businesses.

Sunday shone bright, brought-out the crowds, the much needed winds, and made for an all around WINDerFULL event. All team and individual performances wowed the crowds and kept smiles on the faces of those young and old. One couple, visiting the area and driving down Lakefront Drive, saw the big kites in the sky and decided to check-out the park and see what it was all about. They stopped and asked if this type-of-thing happens on a regular basis as they had never attended a festival of this sort. After explaining that kite festivals occur throughout the world, they were astonished! They spent hours at the festival, tried their hand at first-time flying in our lesson area, and were immediately hooked. They asked for additional information on kiting and afterwards made their way to the kite store. Unfortunately, there are so many people who have no idea of this kiting world of ours, and more importantly the extended family we belong to, so it’s important to make an impression every chance we get.

Most festival reviews focus on the performers, the special kites, attendance, etc., and ours were the best of the best, but there’s so much more to an event of this magnitude. The preceding year of planning, sponsorship, preparation, set-up, and take-down is rarely thought of by spectators. I have attended several festivals over the past years and enjoyed the events both as a spectator and a participant. I have given little help towards the labor involved, and too often have taken it all for granted. Becoming more involved in the process this year, it becomes clear how much work goes into a festival and great thanks should be given to those who make this possible for us.

At Mots, I had the opportunity to witness a small fragment of this process. I observed the Kite Society of Wisconsin and Illinois working to make the event even more enjoyable by preparing a fantastic breakfast and dinner for us, kite manufacturers and individuals donating items for the auction and raffles, financial sponsorship from local organizations, Scott Fisher and his enthusiastic staff at Gift of Wings, working tirelessly to make sure all is in order before, during, and after the fest, the other people behind the scenes, and all the kiters who spend their time and hard earned money to attend and perform, without who’s presence there would be no festival, they all contribute, making the festival materialize in proud fashion.

Another example of those often overlooked was exhibited by three particular individuals who came early, were never asked, but eagerly volunteered to work their butts off setting up and taking down the field areas before and after the event. Jim Costa of Skydog Kites, Cassie Shook of New Tech Kites, and Lolly Hadzicki of Revolution Kites, drove in poles, untangled and strung seemingly endless lengths of perimeter ropes, set sand bags in place, patiently helped first-time flyers learn to fly all day on both Saturday and Sunday, staying late to take down, and so much more. To see their commitment and love of the sport and their interaction, totally void of rivalry between the three different manufacturers, was profound. What other sport or affair could replicate this spirit?

All in all, it was an utter learning experience for me and one I will not soon forget. I am so fortunate to have found myself in this kiting family and as I look back on previous festivals which I lacked full appreciation, I wish to thank all of those who made it possible for me, and everyone else, to experience these amazing events.

One Sky, One World, One PEACE!