“As I stood on the roof of the Ministry of Interior headquarters last evening in Kabul, waiting to make the trip across town to an Afghan National Security Forces and Independent Election Commission (IEC) joint press conference on the historic Parliamentary elections, my colleagues and I were struck by seeing the more than three dozen kites flying around all areas of the city.

Whether or not one has read the book, Kite Runner, it was one of those moments: the citizens of Kabul had voted and the kites, like hope, were soaring.”

“It was dusk, so the photos do not catch the magic of seeing the kites in person. Nevertheless, I wanted to share this with the NATO Training Mission-Afghanistan community. We are making a difference, training and working hard together with our Afghan partners. Certainly there is still much to do, but every once in a while one must simply stop and take it all in….”

Hundreds of kites danced over the Afghan capital on Friday emblazoned with messages championing justice, transparency and equal rights for women in an unusual U.S.-backed effort to boost democracy. 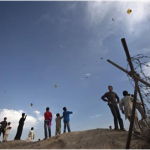 “…Most bore messages about the importance of gender equality, but there was hardly a girl with a kite, although plenty of girls were around. One DPK staff member pushed through the crowd to give 10-year-old Shaqila Nabi a kite; her sister Farzana, 8, had wanted one, too, but a policeman had just swung at her with a stick and she had darted out of harm’s way, and out of sight.

Shaqila raced back to her father, Gul Nabi, a horse wrangler peddling rides. He promptly took the kite and gave it to a boy. 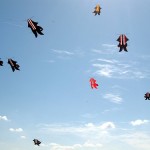 The flying of kites has strong cultural and religious significance in Balinese life.

Between July and August, as strong winds blow following the rice harvest and fields are left idle before the next planting period, the Balinese fly their kites.

The kite appears in Balinese mythology with the god Shiva, one of the main manifestations of the Supreme God, believed to be fond of kite flying.

The fervour was at peak at many places of Old Delhi — Chandni Chowk, Darya Ganj and Dariba Kalan – where people climbed their roof tops as early as 7 a.m. and competed passionately with other kite flyers in their neighbourhood.

NEW DELHI: On Sunday, the annual kite flying tradition once again led to some disruptions in power supply.

“…kites still retain their allure for Sen; nearing 70, he is still one of the most in-demand kite-makers in the country. Not just that: he is an active participant at various kite-flying competitions all over India, with no less than three national and one international titles under his belt.” 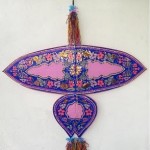 “Although paralysed from the waist down since 2005, Husmizie Ibrahim has sold his kites all over the world.” 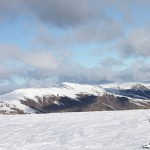 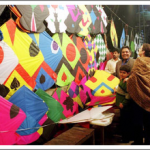 The police arrested kite seller Iqrar Ahmad and seized 28 chemical strings. The police raided at kite shops while owners of the shops Aftab and Ismail succeeded to escape from the scene. The crackdown against the kite sellers continues.

GAZA CITY, Palestinian Territories – Thousands of kites filled the sky over Gaza as children gathered to break their own Guinness World Record in an event organized by the UN agency for Palestinian refugees. More than 7,200 children flew colorful kites at a sprawling sandy beach, unofficially doubling the previous record, according to officials from the UN Relief and Works Agency (UNRWA). 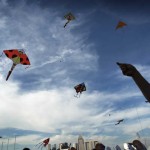 Kites fly with a backdrop of the financial skyline during the NTUC or National Trades Union Congress Kite Festival as part of the city-state’s efforts to promote healthy lifestyles on Sunday Sept. 19, 2010 in Singapore.(AP Photo/Wong Maye-E) 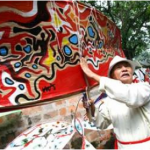 Ba Duong Noi kite craft village in Dan Phuong district, Hanoi is known for its flute kites and has a flute kite club with around 30 artisans. Though modern toys have overwhelmed the traditional ones, the village has still preserved this pastime over the years. Every year, the 15th day of the lunar March is the village’s kite flying day. All the villagers, from the young to the old, make kites for themselves to fly together with the artistic kites made by artisans. Ba Duong Noi Kite Club is known at home through international kite festivals held annually in Vung Tau as well as through international kite festivals abroad in places such as Thailand and Malaysia. 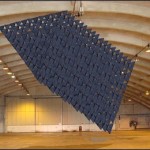 A group of artists from Cardiff have created a giant kite sculpture in the Vale of Glamorgan based on Alexander Graham Bell’s experimental aircraft. 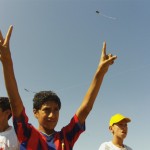 “…The youth created 45 papers kites, decorated with names and slogans. They marched to the fence and flew the kites above it while doing cheers and dances. The sight caused the settlement’s security alarm to be sounded, and a group of settlers gathered on the other side of the fence to watch. Security officers arrived, followed by Israeli soldiers, but unlike at most demonstrations in Beit Ommar, they did not fire tear gas into the group of children wearing Freedom Flotilla Summer Camp hats and t-shirts…” 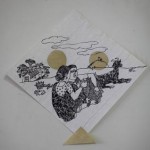 “A kite is symbolic in so many ways. The kite is related to independence; it floats in the air and gives us a feeling of freedom. A kite, like an independent country, is free,” says Chandra . “The kite has been made the theme of the exhibition with the idea of celebrating Independence and the coming of the monsoon.”

Day of the Dead:

“Special kites will be flown, with a symbolic message of ‘welcome home’. One’s ancestors might be hiding in the rain or in the clouds above, and watching over their family as much as ever, except from a different dimension. When the kites are flown it’s not meant for the tourists: the kite serves as a astral connection and the string leads the departed soul back to the family, who wait by the newly refurbished grave for those they’ve loved and lost, perhaps to return, at least for a day or a meal.”

The incredible images in this blog come from the University of Illinois 1957 “Kite Derby Day”. All the entries shown are from the sophomores in the department of Industrial Design.

The below link to Popular Mechanics March 1967 issues has an article about the annual kite carnival at Brooklyn’s Pratt Institute, put on my the schools architecture dept. 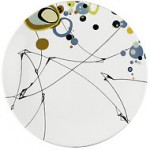 Ink Dish’s patterns are the result of collaborations with contemporary artists. The company’s newest collection is ‘Kites’. 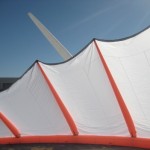 Google-backed Makani Power is getting the most funding ($3 million) for its airborne wind turbine, which converts wind energy into electricity using tethered wings outfitted with turbines. In other words, Makani is using kites to generate energy. The company is currently working on its first 1 MW turbine kite, which is expected to be finished in a year and a half. After that, the kite will undergo a year and a half of testing before hitting the market. Makani kite

Saul Griffith of Makani Power explains how kites can be used for renewable energy to Stephen Colbert: 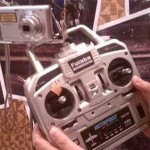 “The types of places that require Engineers Without Borders (EWB) to develop infrastructure are necessarily the types of places that have not been mapped to the level of detail needed for developing infrastructure…Kite Aerial Photography (KAP), has been around for some time, but it wasn’t until 2002 that EWB began deploying the system. Initially used to assess the site of a water project in Cambodia, the use of KAP rigs by EWB has since spread.” 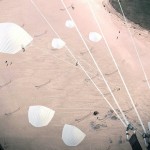 Colombian landscape architecture studio Paisajes Emergentes recently unveiled plans for an energy-generating kite farm on a public beach in Abu Dhabi. Tethered to flexible posts, 200 para-kites would use the innovative Windbelt generator to convert wind into enough electricity to power more than 600 homes. The high-flying design is an entry in the Land Art Generator Initiative, which combines land art projects with renewable energy generation.

Upon searching the archives of Popular Science there are 20 links to previous kite related articles. It is an absolute treasure trove of kite history and current scientific kite uses! Over the years the magazine included articles about; Dr Alexander Graham Bell’s tetrahedral kites written in 1903 by his son-in-law Gilbert Grosvenor editor of National Geographic, kite fishing in 1917, weather kites from 1931, Garber’s Target kites from 1945, and Rogallo’s NASA wing from 1967…to name but a few.

A photographer has used a giant kite to capture a bird’s-eye view of some of the most recognisable sites across India. 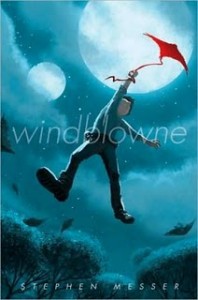 In the town of Windblowne, kite-flying skills are crucial. Unfortunately for Oliver, he has never been able to fly any kite. Humiliated by his peers, Oliver seeks the help and advice of his kite-flying champion and master kite builder Great-Uncle Gilbert.
Great-Uncle Gilbert seems less than pleased to see Oliver and soon sends Oliver away. Oliver, however, is determined, and upon returning to his great-uncle’s tree house, finds him in grave danger, fending off attack kites. Suddenly, Great-Uncle Gilbert is kidnapped and vanishes into thin air, and the only thing that remains is a simple-looking crimson kite.

When the kite approaches Oliver, his life is irreversibly changed as it carries Oliver off to another, parallel world, where Great-Uncle Gilbert’s evil twin lives, the self-named Lord Gilbert, who is concocting a dreadful plan to kill all of the oak trees in this and the countless other worlds and become the ruthless ruler of it all.
Oliver must learn to tap into his own special skills to find Great-Uncle Gilbert, defeat Lord Gilbert and save everyone, including his precious crimson kite.

At once magical, fantastical and mysterious, “Windblowne” is a non-stop adventure that readers won’t be able to put down until the last page is read. 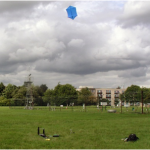 The kite wind sensing system is designed to be both practical and temperature-stable,” said Giles Harrison, professor of atmospheric physics at the University of Reading in the U.K who designed the meter.”

Students at Berkshire Elementary School recently donated $400 to the Bakersfield Homeless Center by selling kites they made in class.

Gretchen Skrotzki’s fourth-grade class learned practical job skills — interviewing, applying for and managing a job — by running their “kite factory” in class. Through a $1,000 grant, the class purchased supplies including a cash register.

Each student interviewed for a job with school leaders and were appointed tasks in the kite factory. They then sold each kite they made for $5.

“…On Monday, St. Paul police were once again checking out reports of strange lights when they found Sawka flying his kites. They cited him for disorderly conduct, public nuisance and being in a park after hours…”

Quote of the Day:

Kites rise highest against the wind, not with it.