Another absolutely amazing day in Seaside with sun and warm weather all day, and while it wasn’t on all the time, there were some regular doses of near-perfect wind coming in right off the ocean… Before sampling those breezes, I made a brief appearance in the workshops where Bill Rogers, Steve Ferrell, Sharon Champie, David & Susan Gomberg, Charm Lindner and Ronda Brewer were sharing knowledge on varying topics from sport kite judging to knots.

In the open flying area in front of the promenade, a pretty balanced mix of single, dual and quad line kites saw airtime and all more or less sharing the same beach, no less… Many of the usual suspects we’ve seen on the preceding days, with a few more rotating faces coming into the mix such as Meg Albers, Jose Sainz and Scott Skinner.

The comprehensive kite making competition also kicked off today with kite makers gathered in the Convention Center for the better part of the day… We didn’t make it over there today, but hope to add some photos from this area of the event on one of the days following.

On the sport kite competition field, occasional lapses in wind provided additional challenges for some folks, while others captitalized on the more than occasonal bouts of smooth 4-6 mph winds off the ocean… All in all, a good run of competitors from all over the USA.

Here are the TBA results this far:

This evening, members attended the annual AKA business meeting… Opening with general event announcements, the ABM was hosted by the President and Board of Directors from the AKA, covering a wide variety of tangible topics within the organization.

The President’s report from Barbara Meyer highlighted with an overview on the budget, lower numbers last year and both aggressive and successful work to economize internal processes, club communication and more, all of which appears to have put them ahead of the game. 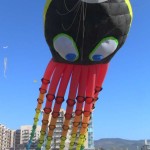 There was also brief mention of the new and much-improved AKA web site… Still some kinks being worked out, but they’ve taken a leap in technology with what they’ve done so far and it can only improve with continued constructive feedback from the membership.

Of course, there was what should be an ever-present reminder to our general membership that this event is really about a good time, having a positive attitude, also brief mention of the new non-member email newsletter, and some growth in membership compared to last year.

Closing out Barbara’s report, hearty thanks went out to the board, and to the AKA community at large for their contributed time as volunteers and other contributions.

A portion of the meeting was dedicated to the “Great AKA Audit” and was presented by Mel Hickman… Bottom line, an audit was called for at last year’s convention and it came out clean with no missing monies. 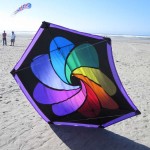 We essentially received an overview on AKA financials and accounting and the major streamlining that has been done in four prime areas… Q&A was light in general, just 3 clarifications, few debates, those that came up were healthy and productive with no unreasonable drama.

Cliff Quinn provided the full Treasurer’s report and highlighted the organization’s mony-saving efforts all over, especially in the areas of magazine production, increased income in event sanctioning and some other areas as well… Forecast for next year is better than years prior, with more money in the bank.

Also on the docket were proposed bylaw amendments as delivered by Ted Manekein, but rather than recap the sometmes tedious details, I’ll say that there was unanimous agreement on all but one item regarding the institution of a mandatory financial audit every five years as opposed to being at the discretion of the board of directors… While all others went through, this particular bylaw change was voted down, in favor of flexibility.

The elections report was presented by Jerry McGuire, with the following distilled voting results (the rest will be available on the AKA web site soon)… 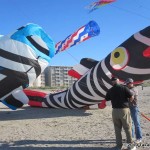 There were a total of 655 total votes received from AKA members this year… Five regional directors were voted in (or back in), and it was announced that Anne Vondriska would be taking over for Russ Faulk in the role of AKA Sport Kite Chair.

To be quite frank, 2-3 of the previous few years were rife with drama and in-fighting (like mom and dad fighting)… Some for good reason, but often with unnessecary dissent and combat, but this year the overall mood and attending body were excellent and apparently all working toward the same end.

I for one am looking forward to the opportunities the AKA has coming for 2011.