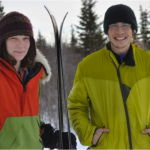 Two adventurous siblings from Iqaluit have begun a 3,000-kilometre trek in the Northwest Passage in the hopes of being the first to kiteski through the fabled Arctic route.
In 2007, they completed a 2,300-kilometre kite-ski trip across Greenland. After that, they crossed the Gobi Desert by kite-buggy.

“Antarctica and Greenland are exotic, and this is our home,” Eric McNair-Landry told CBC News before the pair left Iqaluit last week. “This is our backyard, and we kind of wanted to explore that.”
http://www.cbc.ca/news/northwest-passage-ski-mcnair.html
http://explorersweb.com/oceans/news.php?id=20024 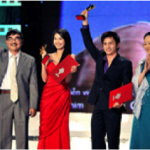 Annual film awards everywhere never fail to attract a fair share of controversy.
With the judges, the press and the public frequently at odds over which film or actor deserved a prize or not, controversy is par for the course at such events.

However, this year’s Canh Dieu Vang (Golden Kite) Awards, handed out on Sunday, March 13, by the Vietnam Cinema Association (VCA) had little debate. 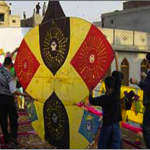 On the special instructions of Regional Police Officer (RPO) Hamid Mukhtar Gondal, City Police had launched a comprehensive campaign against the kite sellers in the city.

During the campaign, City Police Station has arrested Muhammad Younas in Taj company chowk and confiscated 200 kites and strings from his possession.

Police have registered separate cases against all of them and started investigation. (APP) 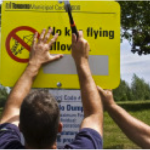 Seven months after Toronto banned the flying of kites at one Scarborough park in a response to complaints about the sport of kite fighting, Councillor Chin Lee is seeking new city-wide restrictions.

Police have urged the government to impose a ban on kite-flying in the city. The police are rooting for a blanket ban because they are finding it difficult to trace people using and selling the lethal glass-laced kite thread (maanja).

On March 13, a five-year-old girl, Serena Banu, was killed in the city when a maanja’ thread slit her neck. City police commissioner T Rajendran said that many kite flyers use these threads despite the ban. “They don’t know the danger it poses to road users.” In the last one month, five persons were admitted to hospitals because of maanja injuries.

A total ban on kite-flying in public places was put in place in 2007 by the city police after a two-year-old boy fell victim to the maanja’ thread in north Chennai. When the Chennai Kite Manufacturers and Sellers Association moved the Madras HC against the order, the police narrowed down the ban to those selling or flying kites with maanja’.

Recently, as part of the crackdown, police have started booking maanja users under non-bailable sections (336 and 337) of the Indian Penal Code (IPC). Earlier, those arrested for flying kites were booked under bailable section 71 (14) of the Madras City Police Act, 1888.

While police have managed to gather support from the public, kite flyers are up in arms against the ban. They point to the legal battles they had won against similar bans in 1975 and 1986 when Chellamuthu and Walter WI Davaram were city police commissioners. “Banning flying of kites is against the right to profession under Article 19 (1) (G) of the Constitution”, said lawyer VR Thangavelu, who argues for the kite sellers association. 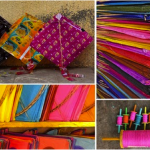 “… The city’s famed kite-flying clubs are no longer flying high. Of Mumbai’s 150 clubs, almost 135 have shut down and the remaining are on ‘life-support’…Most old-timers feel that the lack of open spaces is a major reason why the sport has lost its popularity…Luckily, Delhi, Ahmedabad, Lucknow and Jaipur have maintained the tradition of kite flying…” 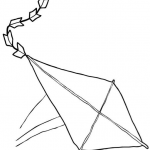 “The police here have found thieves resorting to an unusual way to commit crimes – using kites.

When contacted yesterday, its chief ACP Shafie Ismail revealed that the kite, made with its attached string snapped and as if it had drifted and landed in house compound accidentally, was actually thrown in intentionally as a tool for thieves to assess the surrounding.

He added that when the trick was placed, one of them would then call out to check if there was someone inside.

“If there was someone answering, they would give them the excuse that they wanted to collect the kite which had landed in the compound. If there was no answer, one of the thieves would take the opportunity to climb in before breaking into the house to steal.”

“This was much more fun than our usual math” explained St. Joseph seventh grader, Ryan Rafeyan. “I learned a lot too!”

“…The afternoon of high-flying, colorful kites marked the Downe Township Elementary School’s fourth annual kite event with the Township Recreation Committee. The committee planned to award students of each class with Longest Flying Kite, Highest Kite and Most Artistic Kite…”

More than 170 students at Downe Township School in Newport made kites and flew them, including Bonnie Williams11, a sixth-grader, who made a lion kite. 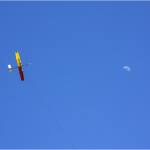 “The capital’s annual kite festival will feature recreational fliers as well as competitions to determine the best homemade kites, the kite with the top aerial dance moves and the champion of Rokkaku-style kite-fighting.…

Elsewhere, a different kind of kite contest is already in progress, and start-ups around the world are racing to win.

The goal: to create a self-piloting kite, or something like one, that flies day and night and generates energy from the wind.

The prize: potential riches, and renewable energy that proponents say will be cheaper, safer and more plentiful than fossil fuels or nuclear power.” 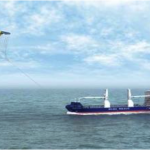 “Wind propulsion technology developer SkySails has applied fibre manufacturer DSM Dyneema’s proprietary ultra- high molecular-weight poly-ethylene fibre, reputed to be one of the strongest known synthetic fibres, to create a sustainable propulsion solution, in the form of towing kites for the maritime industry…”

“…I approached the Senegalese fishing authorities, who expressed interest in equipping local fishermen’s boats with the kites. There are over 10,000 independent fishermen in Senegal – most of whom use small wooden dugout canoes with dilapidated motors – and each year several dozen die at sea because of motor failures. So I travelled to Senegal in February to train two local craftsmen, Badara “Badou” Tall and Babacar Fall, in designing and making the kites, and we tested the first two they produced with fishermen in Hann [a coastal town east of the capital Dakar]… I had initially designed “Volanz” kites for emergency use, the Senegalese fishermen I worked with quickly saw its fuel-saving potential…” 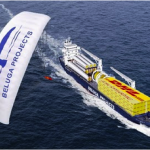 A German company SkySails has been manufacturing giant kites that can be tied to ships and help save fuel costs by supplementing their own power by wind power. The technology was first successfully demonstrated when a large kite was attached to a 433 foot boat, MS Beluga SkySails, in 2008.
Now a huge 30,000 tonnes ship belonging to Cargill Ocean Transportation will be fitted in the same manner. A giant kite measuring 382 square yards will be tied to the front of the ship to pull it along flying at a height of 100-400 meters. Its flying trajectory will be optimally controlled by computers. The launch and retrieval of the kite will be carried out by a built-in mechanical system comprising a winch-equipped telescoping tower installed on the bow of the ship.

Using this interesting technology, the system will save up to 35 per cent fuel. The system is claimed to provide five to 25 times more power than conventional sails. 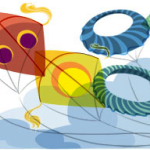 On January 14th this was Google’s home page in India. Thanks to Michaela Koch for her share. 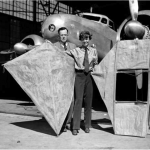 Amelia Earhart with her husband, George Putnam, display their love of kites! 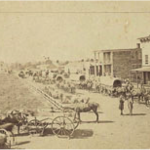 “,,,The rebels last week, made an ingenious attempts to establish postal tions with the outside world. They expressed a wish to fly kites and were indulged. But the officers noticed that the cords frequently broke, and the paper messenger sailed away. They grew suspicious, and sent a soldier out to capture one; when lo [???] neatly ensconced in its tail were found several letters.

Doubtless an outside accomplice was to pick these up and post them as directed. This discovery put an end to the sport. The Yankees will have to yield some of their claims to cuteness to these butternut gentry…”

Image is from 1860 Paola, Kansas. The kite is in the upper right, over the buildings. 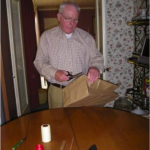 “…What a sense of accomplishment after having someone show us how to assemble a kite, decorate it and holding the string looking at our very own creation darting and weaving under a blue sky…” 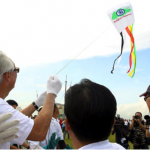 This year’s World Water Day is held in conjunction with the Inter-Religious Organisation Day.

A minute’s silence was held to remember the earthquake and tsunami victims of Japan.

Mr Goh and the religious leaders also flew a 24-square metre kite at the Green Roof to launch the Inter-Religious Organisation’s kite festival. Kites representing the different faiths were distributed for donations, which will be channelled to Mercy Relief for their operations in Japan. 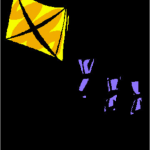 To have a SMUD employee come out to safely retrieve a kite caught in power lines or equipment, call 1-888-742-SMUD (7683). For additional electrical safety tips, visit www.smud.org 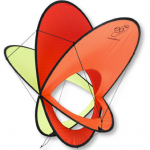 This innovative boot – the Maine Hunting Shoe – changed outdoor footwear forever and began one of the most successful family-run businesses in the country. 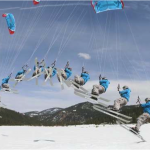 “…Brown can race up mountains, climbing at a rate around 1,000 vertical feet every two minutes depending on the wind, he said. Skilled snowkiters can jump from cliffs or let their kites lift them off flat ground and glide safely to landings, he said. With the variety and shear scope of the terrain, the possibilities for maneuvers and exploration are greater on snow than water, Brown said…”

“Kites on the beach soar on wind power. Kites beneath the ocean surface? They glide with the tide…At least that’s what Minesto hopes their underwater “kites” will do—and produce 500 kilowatts of electricity while they do it…At 7 tons, the tidal tech entails a kite-like device tethered to the ocean floor by more than 300 feet of “string.”… As the kite travels through the water, the velocity of the water running through the turbine is about 10 times the amount of the speed of the ocean current…”

“In the world of clean energy, kites have become a big deal. Recent advances in technology have lifted ideas like high-altitude wind turbine kites, parakite farms and ship-towing kites off the ground and made them a viable, wind-powered option as clean energy sources. Kites can harness more than just the wind, though.” 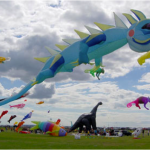 By 1899 the US Weather Bureau had 17 kite stations, each of which regularly lifted instruments to 8,000ft using a train of several kites joined together…and they still have their (scientific) uses, and are currently employed by the British Antarctic Survey.