Eugene Novožeev and Konstantin Aksyonov have successfuly kite crossed the Bering Strait. The Russians kiteboarders are the first riders to complete this mission, after several attempts from other wind challengers.
The cross of the Bering Strait is a 96-kilometre (56 miles) adventure. Novožeev, four-time Russian kiteboarding champion, and Aksyonov kicked off from Chukotka, in Russia and arrived in Alaska. 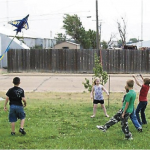 Students at Camp Falcon in Kansas get to fly some kites Tuesday morning when the wind speed was somewhat less than previous days. Kites are the first week of a seven-week program for children to learn about aviation at the Mid-America Air Museum this summer. Camps Falcon and Sparrow allow children of all ages to participate.

“Most people know the constellation even if they don’t know the meaning behind it, but for students at Terrace End School, Matariki means more than just the Maori New Year.

Yesterday signaled the official start of Matariki and the students celebrated by making kites, and learning about what this time of the year means in other cultures.” 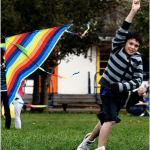 Besides the kites, another unique thing about Matariki is it’s a love story (sort of) where the kids split up the parents (Rangi and Papa) and the god of wind tears his own eyes out in frustration then throws them into the sky. 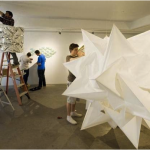 “Kites! Amazing, accessible, approachable. Dynamic canvases that convey ideas in flight as well as standing still. A wide variety of forms and sizes, each offering inspiring opportunities for creativity and expression.

The twin goals of the show: to unleash an interesting / important / profound / odd / amazing idea into the air for all to see, and to do it beautifully at the same time.” 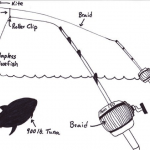 Using a kite to catch big bluefin tuna is one of the most productive and exciting ways to generate ferocious surface strikes.

Kite fishing allows an angler to keep a live bait swimming on the surface. The kite physically lifts the bait, and prevents the bait from swimming downward. The result is a live bait, virtually half out of the water, swimming and thrashing frantically on the surface – basically ringing the dinner bell for any tuna in the vicinity. 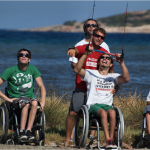 GKF is a non-profit Foundation, established by royal decree in Brussels, Belgium. It is the only one of its kind in the industry. They have chosen this as it provides transparency, accountability and credibility.

Their Mission is to improve environmental awareness, create community engagement and offer comprehensive education while using kitesurfing as the unique connection point.

Their Vision is conveyed by a quote from Nelson Mandela:

“…A colourful display of flowing, tasselled lanterns, undulating kites that look like clouds racing across the sky, and an airy gymnastic performance to match, took place in the heart of Brussels’…The context is Global Wind Day – 15 June – when all around the world events are taking place in honour of the power that resides in the wind – wind power that creates electricity and can bring us a greener future free from dependence on polluting and expensive fossil fuels…” 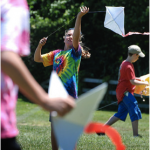 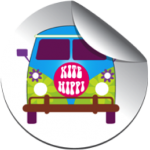 “The cops brought their motor scooters and horses, and pulled out their blackjacks and tackled people.

They arrested a mom holding her 1-year-old, some lanky kids and a few others who were gathered around the Washington Monument doing something that thousands of us enjoy doing every spring.

Fast-forward four decades, and we’re right back in that lovely state of Absurdistan”… 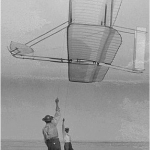 What did Henry Ford mean when he said: “History is bunk.

What difference does it make how many times the Greeks flew their kites?”

To see how Henry Ford, the Wright Brothers, and William Eddy come together…go to:

“…less than 4 kilometres from the roaring I-880 freeway, in the heart of a conurbation that some 7.4 million people call home…is an alien landscape, where few residents of the San Francisco Bay Area ever tread – almost literally alien, as NASA astrobiologists have visited the area to sample “extremophilic” microorganisms that may give hints about the characteristics of life on other worlds…”

“…Without Benton’s aerial views, monitoring would be limited to satellite imagery taken once a year, and occasional visits by boat…”

“(Below) Benton’s photographs recorded the first sproutings of vegetation in 2009, as annual pickleweed or glasswort (Salicornia depressa) took root. The flora has since diversified.” 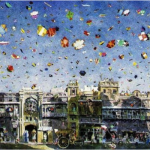 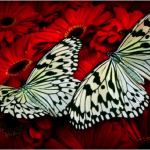 The Paper Kite, butterfly (Idea leuconoe) is known especially for its presence in butterfly greenhouses and live butterfly expositions. The Paper Kite is of Southeast Asian origin.

It is a distinctive black and white butterfly. The wingspan is 95 to 110 cm across. The chrysalis is yellow with black markings. 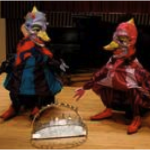 The Music Institute of Chicago, which aims to engage arts enthusiasts of all ages, presents the puppet theatre company Blair Thomas & Company in A Kite’s Tale, combining theatre and puppetry.

In A Kite’s Tale, a little girl sets out to fly her kite and takes a magical journey through her own imagination.

Every time her kite goes up, it crashes down, and her fear and anger transform her. When she calms down and returns to herself, she is able to see magic in the clouds overhead

On Yap, a Pacific island that is part of Micronesia, the native people fish the traditional way. They construct kites made of bread fruit leaves, the spines of the Pandanus plant and coconut fiber rope, and fly them over the reef, dropping their lines to attract long-nose needlefish. These are the only fish the islanders want, and the only ones lured by this unusual gear.

“It’s ecologically sound and sustainable, and they have been doing it for generations,” says Robert H. Richmond, a research professor at the University of Hawaii at Manoa. “More importantly, no Western scientist could teach them a better way.” 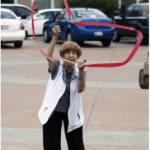 The 61-year-old grandmother is raising her grandson alone.

But a homemade kite she made that was soaring in the Oklahoma wind put a smile on her face and made her laugh. “What a thrill. This is awesome,” Folmar said as she watched her kite in the air. Folmar had never flown a kite. She had never made a kite either until she attended a kite-making class at the Edmond Senior Center.

“Now in its 19th year, Spraoi has become a major tourist attraction, not just in the southeast but nationally, with visitors coming from all over Ireland to savour an eclectic mix of street theatre acts supplemented by a vibrant series of concerts and gigs.

Among the many unusual attractions this year is Afghan Omar Nasser, who has built his company, Nasser Volant, around the wonderful kite-flying traditions of his native country. He and the group is performing today and tomorrow in the People’s Park.

“Over 100 custom-made, multi-coloured kites will take to the air – all the kites are between three metres and five metres high so they are hugely impressive and it promises to be a really great spectacle with a specially commissioned music score,” Ms Dunne added.” 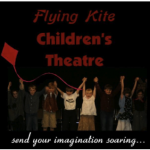 Flying kite children’s theater mission is to introduce young children to the performing arts through both quality education & professional main stage productions that appeal to both children, parents and educators alike! Their goal is to entertain and delight audiences with the magic of theatre! 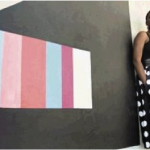 ‘Flying Kites With Boys’ breaks new ground in the theatre because it will take place in a sports club.

The director, Tendayi Nyeke, says this is an attempt to destroy the often traditionally held view that good theatre can only take place in a theatre. 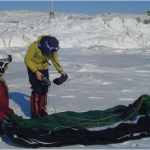 “A brother-and-sister duo from Iqaluit has successfully kite-skied 3,300 kilometres through the Northwest Passage in 85 days…Eric said they did not mention the polar bear attack in any previous interviews or blog entries because they did not want to worry their family and friends or re-live the incident during their journey.” 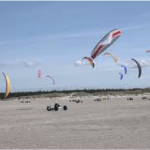 This guy was sitting on a buggy being towed by a kite and became the fastest kite powered person in the world.”

“On 25th July two brothers from the UK will travel 1000km in Brazil using wind power alone. Using specially modified three wheeled buggies and kites, Charlie and Harry Thuillier will aim to get from Natal to Jericoacoara in the North East of the country, breaking the unofficial world record for the longest kite buggy trip without vehicle support.”

More than 15,000 kites flew above a northern Gaza beach on Thursday, breaking the world record for the most kites flown simultaneously.

The world record was the seventh that children from Gaza have broken in two years, part of an ongoing effort by the United Nations to provide summer entertainment for hundreds of thousands of children in Gaza and to draw attention to the effects of Israel’s blockade.

Fifteen thousand young Palestinians spilled out of buses dressed in matching t-shirts and sneakers as electronic music blared in the background. The children obediently went to their assigned sections along a 1.2-mile stretch of sand to collect their kites under the blazing late-afternoon sun.