Among the numerous Bamboo species found in Manipur, the Dulu variety grown in Jiribam has great demand for making kites.

The Milwaukee holiday staple celebrates its 68th year Friday through Sunday with the theme “Celebrate Cultures Without Borders.”
Kite-mania: Visitors can take imaginary flight through a display of kites from around the world including highfliers from Brazil, China, Peru and Turkey. 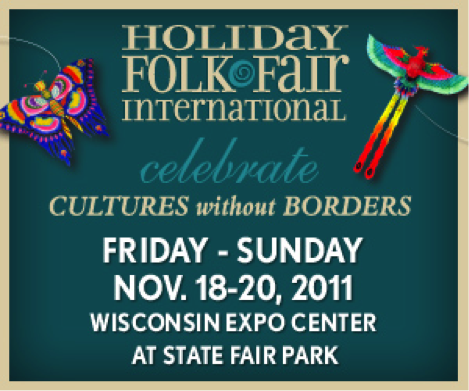 Day of the Dead

“A boy flies a kite in the cemetery on Day of the Dead in Zunil, Guatemala, Nov. 1, 2011. Because Mayans believe the dead are allowed to visit their families on earth for one day, family members fly kites to guide their departed relatives to their earthly homes.” Photo by Abd Rodrigo 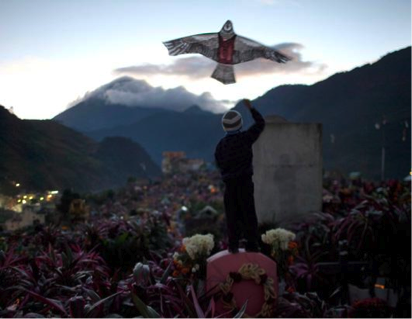 “Adventurers Dixie Dansercoer and Sam Deltour had aimed to take advantage of the continent’s (Antarctica) wind patterns to cover a record 6,000 km (3,728 miles) in 100 days, using kites to help sail their sleds across the ice and snow…After 10 days on Queen Maud Land the pair encountered impassable sastrugi — ice and snow formations made by strong wind — and overpowering headwinds, which made it impossible for them to continue along their chosen route…The aim is to drop them off somewhere where they can use their kites, which wasn’t the case over the past days,” Maes said.”

“Coetzer & Benavides plan to kite across Antarctica with a stopover in the mountains of Queen Maud Land… After a life devoted to high altitude climbing, earlier this year they switched to what team leader Alberto calls “horizontal alpinism” – swapping ice-picks and ropes for sleds and kites.”

Lily’s Light: Kites for a Cure™ gathers families and friends together to enjoy a beautiful afternoon, while bringing greater lung cancer awareness to the South Florida area.

The Kite: a very simple adventure from The Squirrel Family. “It’s a windy afternoon, and you went out to the fields to fly a kite. It’s all fun and pleasure, until those orange-whatsoever-something enemies appear trying to tear your kite apart.” 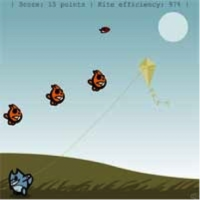 Teari Ya Tayara (Fly Away Kite), written by the 64-year-old grandmother Amani Al Ashmawi and published by Egypt’s Nahdet Misr Publishing House, was yesterday named the winner of the Etisalat Award for Arabic Children’s Literature, one of the world’s most valuable book awards.

“The book is about an orphan who went to live with some of her relatives and met a boy who helped her to adjust to her new life and get rid of her sad thoughts. He gives her the idea to write her sad thoughts on a kite and then fly the kite so all the sad thoughts fly away.”

“ROYAL Navy top brass have called up KITES to protect the Ark Royal — from pigeon poo. Their mission is to stop the famous aircraft carrier from being eaten away by highly-corrosive muck deposited by hundreds of the birds. Chiefs are flying a hawk-shaped kite from each side of the vessel, hoping the fake birds of prey will scare off the pigeons.”

‘Patang’ a film by Prashant Bhargava is a poetic journey to the old city of Ahmedabad; PATANG weaves together the stories of six people transformed by the energy of India’s largest kite festival.

“Whilst everybody waits to see if kite surfing will gain Olympic accreditation, Exmouth business Edge Watersports have been providing Kitesurf training to members of the ISAF (International sailing federation) development team.”

…“The difficulty in using kites [to generate power from high-altitude wind] comes with scaling them up to be fully automatic, industrial systems.”…

“The idea behind the festival is to revive the city’s kite flying tradition,” said a Delhi Tourism spokesperson. The kite-cutting event will see 32 kite-flying clubs from the Capital battle it out for cash awards promised to the top three.

“…The two-day festival has been organised by the Delhi Tourism in association with Shahjahanabandad Redevelopment Corporation and Department of Art and Culture of Delhi government as part of efforts to revive the age-old sport…”
Photo below is a kite depicting the Hindu god ‘Hanuman’ flying during the two day Kite Festival at India Gate lawns organised by Delhi Tourism, in New Delhi on Nov 12, 2011. Photo: Shanker Chakravarty

“Oxford University’s Amnesty International Group are launching a “Kites for Women’s Rights” campaign to ensure that foreign secretary William Hague protects the rights of Afghan women in impending peace negotiations.”… “Emmeline Plews from Braesnose College explained the kite theme: “since the Taliban government collapsed, Afghanistan’s traditional kite races have been re-instituted; however, although women make the kites, they are still not allowed to compete – hence kites are a potent symbol of the gender inequalities which still remain, even without the threat of the Taliban.”

Ten years since the oppressive Taleban regime was overthrown, there have been significant advances in women’s rights and gender equality in Afghanistan – but there is a very real worry that these hard-won gains will be traded away in the name of peace.
Many Afghan women fear that women’s rights will be sacrificed as the Afghan government and its international partners (including the UK Government) commence peace negotiations with the Taleban.

On 5th December 2011, the Afghanistan peace process will be discussed at the Bonn conference in Germany by delegates including UK Foreign Secretary William Hague and representatives from the Taleban.

TAKE ACTION: Now is the time to put pressure on Hague to stand up for women’s human rights at the Bonn conference. If you already designed ‘kites for women’s rights’ at your freshers fair, you can write to your local MP, try to get media coverage in your local or student paper, or organise a kite-flying flash mob! 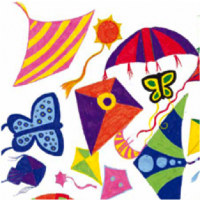 “Hundreds of kites resembling butterflies, dragons, fish and birds Thursday fluttered in the Lucknow sky, particularly in the old city where Hindus, Muslims and others came together to celebrate the festival of Jamghat…Jamghat is a festival that helps maintain social relationships” …”The festival in a true sense reflects communal harmony as Hindus and Muslims come together to fly kites and exchange sweets”

In Lahore, Pakistan kite-flyers can now be charged under the Terrorism Act…

“Mian Shahbaz Sharif said that kite flying was nothing but threat to public lives and wastage of money…The Chief Minister Punjab said that kites flying and its business would not be tolerated at all and violators would be dealt with iron hands.”

Also in Lahore, Pakistan Commissioner Jawad Rafique Malik has engaged the Punjab Police`s special branch wing to identify those involved in manufacturing of kites and string…”we have engaged the special branch officials to identify those involved in such a horrible business”… the officials to form special squads in Lahore, Nankana Sahib, Sheikhupura and Kasur for paying regular visits to city areas. “The officials should also get Mohallah committees activated to make the people avoid kite flying”…“As directed by the government we will soon launch an awareness campaign about the damage of kite flying to people”…image below is from happier days.

When under tension, a kite string acts like a very long guitar string and vibrates at varying frequencies depending on the wind strength and the lifting power of the kite or kites attached to it.