On 18 September 2011 the Atlantic was fierce and unrelenting. The decision to leave the calm safe water and go kite surfing in the open Atlantic Ocean off Point Hatteras in the Outer Banks of North Carolina was the worst, and last decision he would make. Something happened that made him release his kite, dropped his board, and he stood on the shoal waving his arms for the fisherman on shore to see that he was in distress. It was 5:30pm.

The Coast Guard was immediately called.

According to the MISLE (Marine Information for Safety and Law Enforcement -MISLE) by 6:00pm the Coast Guard was on-site conducting what could only be called an exhaustive search.

The Coast Guard search assets conducted 14 Sorties (Sortie – is a term for deployment or dispatch of one military unit be it aircraft, ship, or troops).

The Coast Guard Station at Hatteras deployed a 47 foot motor lifeboat, and an 87 foot patrol Cutter, the COCHITO.

All told they searched 2,209 square miles for 21 straight hours.

It was all to no avail. Three days later on Wednesday 21 September 2011 AJ’s body washed ashore on Ocracoke Island. Knowing that Ocracoke was his absolute favorite place in the Outer Banks, I couldn’t help but think there was more going on than mere current flow or happenstance.

Charles Benjamin Jackson, widely known as AJ, was frequently called a ‘Man’s-Man’. AJ was very determined to live life on his own terms, even when it was not an easy or popular choice.

If there was one of those popular word clouds that expressed the life of Charles Benjamin Jackson…the biggest words would be…beach, kites, wind, dogs, travel, and fun/laughter.

Born in Houston Texas in 1967, AJ became an Eagle Scout in high school before heading off to College to major in Horticulture and Restaurant Management. Due to years of managing the famous ‘Salt Lick’ restaurant in Driftwood Texas, just outside of Austin, he became an excellent cook, he was also very well versed in flower arranging and impressive presentations as a result of the many weddings and banquets he over saw. AJ had an artistic, creative side that would peek through when you’d least expect it. He was a metro-sexual long before it became a common popular culture phrase.

He used words sparingly, and that could give people the wrong impression of him. Sometimes they thought that he was un-informed, un-knowledgeable or un-interested. None of which was true. He was in fact closer to being a renaissance man.

AJ was an enigma to his family from the beginning. His one brother and one sister were significantly older and they were both accountants. AJ was decidedly not accountant material.

He was a free spirit who was not concerned with image, accumulation of material or wealth. AJ lived his life in the moment. This view of life and path that he chose caused his family much angst. They considered health insurance, financial security, and being vested in a career as being the way to be successful.

AJ’s version of success was a foreign concept to his older siblings and parents. They came from the school of thought where you weren’t supposed to like work…and what does contentment have to do with anything? They wanted security for him.

His family couldn’t grasp how the wind called him to live in the moment, how it sang to him, mesmerized him, how it had a certain hold over him…Windy, as he called the wind, was his muse.

He would tell me that I was his girlfriend, but Windy was his mistress. I knew going in that she pulled rank, and I accepted it. It was my understanding and acceptance of Windy that made ours such a long and strong relationship.

AJ not only played in the wind, he lived in the wind. When I met AJ he was living on a sailboat with the one real love of his life, Caddo his chocolate lab. Without any prior sailing knowledge or experience he had decided he wanted to be a ‘live-aboard’ as they are called, and learn to sail. He studied, researched, and taught himself all that he needed to know to be a very competent, successful sailor.

There were many unique and interesting qualities about AJ that made him the individual he was. His love of all the different types and various genres of kites was refreshing. He certainly had a primary obsession of kite surfing, but he loved all varieties of kites and kite flying. AJ always had his B-Series Revolution kite with him for those lower wind days. His keen sense of adventure drew him to the large show kites, and he had a deep appreciation of art kites. And he always had a fighter kite nearby. 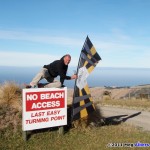 In June of 2006 AJ was part of the team that went to the international kite festival in St Honore Quebec. The mission was to join together with Masaaki Modegi’s team from Japan in flying Modegi-San’s world largest kite, after which we would help pack it up and transport it to Buffalo, New York in preparation of the world’s largest kite flying at the Niagara International Kite Festival that October.

The St. Honore road trip was full of mischief, adventure and excitement. As we made our way north to the St. Honore festival, Robert Trepanier was kind and gracious enough to put us up for the night. Staying at Robert’s welcoming and comfortable home, visiting his awe-inspiring workshop, and walking around his artisan neighborhood would have been a worthy destination in itself.

The beach was by far AJ’s most favorite place to be. His family summered in Galveston when he was young, and as soon as he was able he found ways to get himself to the beach. His first beach activity was collecting sharks teeth, but it was kite buggying that really took hold of him. AJ was an ardent buggier for years before he incorporated kite surfing into his beach play. He continued to buggy and kept it close and available at all times, but kite surfing became his primary passion the last several years of his life. Kite surfing was medicinal for him as well, both physically and mentally. After a particularly nasty buggy accident that AJ had, kite surfing acted as his personal chiropractor. Using the wind, a kite, and gravity AJ was able to realign his muscular-skeletal frame in a very therapeutic way. Kite surfing made him feel better both emotionally and bodily.

AJ with Peter Lynn AJ also loved travel, especially travel that took him to beaches. As a teenager, as soon as he could manage it, AJ and his friend Dave would go to Mexico for a month at a time, living in beach huts and surviving on tacos.

We too covered a lot of miles in our travels together; New Zealand, Tasmania, Italy, Grand Turks, Puerto Rico, as well as every coast the United States has; Pacific, Atlantic, Gulf of Mexico at multiple points, and several Great Lake locations…and AJ kite surfed at each and every location. At one of the beaches we were at in New Zealand as he kite surfed, and I walked along the beach, I turned the bend and came upon penguins on the beach. At beaches in Tasmania we were sure we had found the most beautiful beaches in the world.

I initially met AJ at Lake Mojave in the Mojave Desert in March 2005. Leave it to AJ to find a beach in the desert. AJ and Peter Lynn were racing Kitecat’s across the lake. Barely a day passed that AJ didn’t kite surf, kite buggy, sail the kitecat, or fly any number of kites standing on land. Many days he did more than one type of kite flying.

The following year at the 2006 NABX pre-event Caddo became ill and our mutual concern for him cemented a deep and lasting bond. I always told him it was Caddo that I loved and he was Caddo’s baggage.

Caddo, who adored AJ more than life itself, also lived to go to the beach and chase AJ in the buggy, died the following year in a horrific fire on AJ’s boat.

AJ’s new boat was named Caddo, and a day didn’t pass that we didn’t think of him or talk about him.

When AJ moved to the Outer Banks it was instantly obvious, he was home. He may not have been born in the Outer Banks, in this lifetime, but he certainly belonged there.

Every time I visited him there he was even more settled and comfortable. It was a very natural fit and he loved it in the Outer Banks. I make myself remember that when AJ died he was in a place he loved, doing what he dearly loved to do.

These days I try to of think AJ, my agua cowboy, as being at the big beautiful beach with Caddo…and everyday is the most perfect kite flying day imaginable.

In an 1843 letter to his second cousin, Reverend William Darwin, Charles Darwin wrote, [quote]“Strong affections have always appeared to me, the most noble part of a man’s character and the absence of them an irreparable failure; you ought to console yourself with thinking that your grief is the necessary price for having been born with (for I am convinced they are not to be acquired) such feelings…grief is the price we pay for love and friendship.”[/quote]