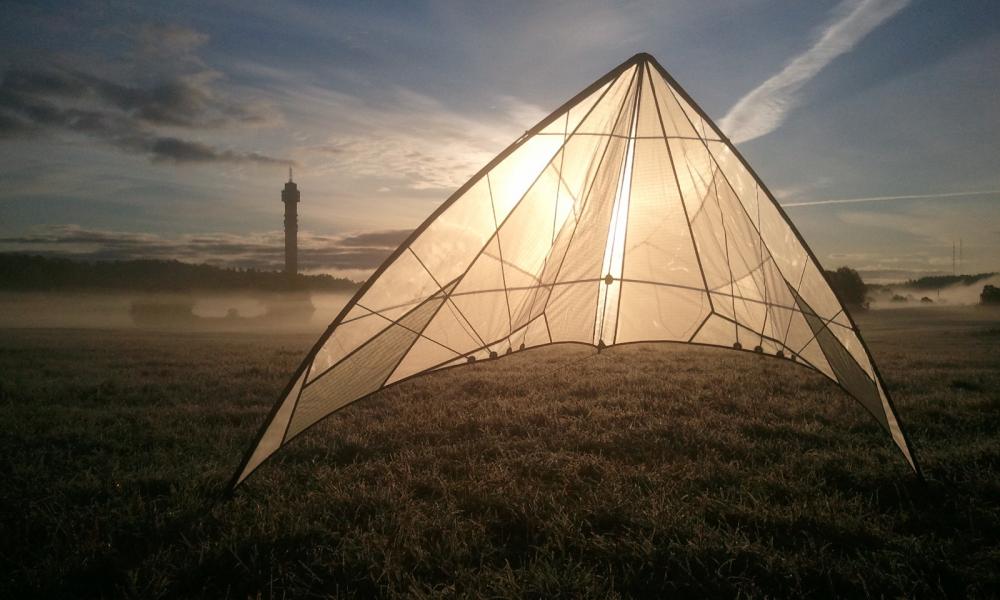 Vapor morning - the arrival of Batman

The decision was made the evening before (last Thursday) - there had not been so much kiting recently, but there was almost no wind expected for this morning. It was time for the Prism Vapor un-boxing event with the extra bonus of getting a low wind kite that matched the forecast. I was lucky - the kite was OK. I had long put it off because I was not 100% sure that I wasn't going to sell it (allowing me to buy at more modern(?) low wind kite). The only thing I didn't see was an indoor solid carbon rod second top spreader that was mentioned in the instructions. I assembled the kite once in the evening before to practice.

The following morning there was a layer of frost on the ground. When coming to the field there were almost constantly someone taking photos of the morning ground fog. The wind, if any, could come from any direction but was maximum about 0.5m/s.

I choose the 15m 25kg lines. Compared to my other low wind kites, the Prism 4D and the HQ Shadow, I'd say that this is the one that requires the least effort when doing a 360. When doing an axle with this large light kite, I had to take care to give slack not to prevent it from completing the revolution, even in this almost non-existent wind.

In the image the back of the kite is shown - that's why the "spars" appear warped. In the humid environment with melting frost, on the clear panels of the vapor water condensed giving them misty look. The kite got all wet and so did my shoes. The now heavy shoes never dried during the following working day but it was very much worth it.

And what about Batman you may ask. Well look carefully under the Kaknäs tower - he is approaching through the mist.

Photo Information for Vapor morning - the arrival of Batman