How to stabilize a "FlowForm" single line kite ? 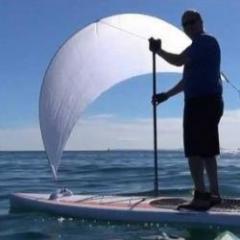