While it's not the "only" way, the Line Management (tutorial) technique is foolproof when applied correctly, right or left handed, straight or figure eight wind. So are several other ways - the key i 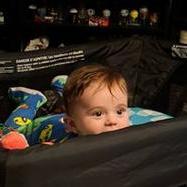 Just my opinion, but there seems to be a bit of paralysis by analysis going on. I use JB's method. I wrap in a figure 8 pattern. My handles always stay attached. I don't care which is left and which

It seemed last year when I started I was always on 50 lbs,and had a heck of a time with those thin little boogers. I agree that majority of the time the tangles and twist look worse than they actually