I flew my Rev B mid-vent today on my new Magic Sticks which I put on last evening. As I mentioned on another thread, I decided to get the Magic Sticks and give them a try for a few basic reasons. Numb 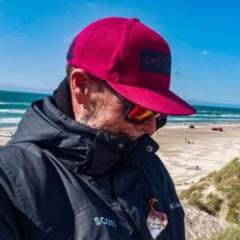 ..and by the way...kudos for the review! People with the passion to sit and write experiences is what keeps things going and growing. I started right here on Kitelife...every piece of info is more val

I figured that would get a stir...I am not saying your wrong by using them..or that it is wrong in any way....if it works for you..by all means fly them. Like mentioned...another "flavor". Ask Paul.