I just got back from a nice 5 hour flight with my Rev and other than being a little warm out (90 degrees) it was wonderful! So far now, im about 2 weeks into it with about 24hrs flying time on the kit 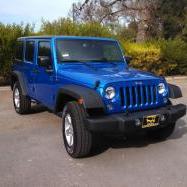 Actually, not quite, unless I am interpreting your words wrong. If the kite is going to one side, let's say the right side, it has too much drive on the left side. So, you actually want to give brak