Well that was a better day :) 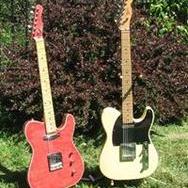