How and why do you choose your choreography moves? 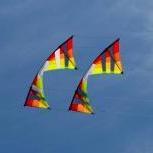